Today’s InterACT guest blog post comes to us from Alice Mercer, an elementary school teacher, educational technology guru, and blogger.  Here’s a link to her other InterACT guest posts at InterACT, including a prior post about Common Core implementation challenges.

The following is an excerpt cross-posted from Alice’s blog, Reflections on Teaching.  Her post is a welcome addition to an ongoing debate about how teachers should respond to the Common Core State Standards transition that is taking place in most states.  I want to thank Alice for allowing this cross-post, and for linking to many of the other blogs that have been weighing in with strong opinions and multiple perspectives on this important issue. – DBC

Idealism vs. the Probable and Possible

Fellow Sacramento teacher (and friend), Larry Ferlazzo, asked me to help him out by contributing to an article at EdWeek on “implementing Common Core”. Little did I know the minefield I was stepping into. The article has morphed into a fight between the “agnostics” (Common Core skeptics like myself and Larry), and the atheists (folks who view Common Core with the same suspicion and loathing that Richard Dawkins has for Creation “Science”).

Here is the original article on EdWeek. You’ll really need to go down to the comments to see the fireworks. Then David Cohen chimed in and the discussion continued here. Two commenters in  particular are leading the charge on this, P.L. Thomas, and Stephen Krashen, who argue with the point that Common Core implementation is “inevitable”. Their argument boils down to “only if you agree that it is”.

Even though I am working on “implementing” Common Core, I find the arguments of Common Core critics about what is wrong with Common Core very useful. They point out where there will be problems, and many of the inherent contradictions in the standards. I’ve followed Tom Hoffman’s writing on the subject closely for just this reason. I know folks will say, “If you think they’re so bad, why go along with it?” It is because we all live in a context, and a protest has to be more than one person. Tom Hoffman, one of the fiercest critics of Common Core, puts it best in this post, The Problem with Resisting the Common Core Right Now:

One big problem with the idea that teachers ought to be personally drawing some kind of line in the sand over the Common Core is that the entire notion of what standards are and how they are to be used is so vaguely defined. It is like gearing up to protest the passage of a new law in a country with no constitution or functioning judiciary or even police force….

…The Common Core just isn’t that different than what it replaces, and frankly it isn’t worse than some of the other existing standards, and in the past teachers have readily ignored the impractical parts of academic standards with no bad results for themselves or their students.

The implementation is the catch, as always, and in particular, the tests are what will deserve a higher level of scrutiny and, let’s be frank, internet-scale leaks of content, than any test has before.

Although “implementation” is inevitable, the life of these standards may well be short and unsatisfying, for a host of reasons. It’s my own belief that the assessments are where we need to take a stand. This will not be without difficulty though because of  the rules that govern our profession. I don’t think that folks who are not public school teachers have a appropriate appreciation for the ways that Education Codes constrict teachers’ ability to stand against policies, like new standards and tests. Thomas argues that we undermine our professionalism by complying. I will simply point out that insubordination is something that you can be fired for. In fact, in a discussion years ago with a CTA staffer, it was the single biggest cause of teacher firing in my state at that time. I have no reason to believe that has changed. You can be fired for non-compliance and lose your professional licensing.

Look at the current MAP Boycott, where those teachers are facing disciplinary action for non-compliance. They are in a position to fight this, as they have a number of elements in their action more likely to make it successful (cohesion, outside support, public scrutiny) . If it isn’t successful, they will at least have notoriety, as folks interested in these issues in the rest of the country are watching. An action like this is useless without some cohesion, and outside support. The anti-Common Core movement has neither of these at this point.

I will point out that even when you have the elements for success in organizing, there are times when you can’t fight City Hall. In this address, Karen Lewis of the Chicago Teachers Union talks about having to make an agreement about using test scores for at least a portion of teacher evaluations, even though she is morally, ethically, and intellectually opposed to this. The state law implementing RttT, left no choice in the matter.

I’m not saying “shut up” but rather, stick to what you’re doing, pointing out what is wrong. Understand that implementing does not end this “fight”: this is the end of the beginning, not the beginning of the end. Sometimes, we take a step backwards, to move forward. The author of “Double V” a history of the fight for Civil Rights in the military talks hereabout how a group of ardent integrationists at Howard University argued for a “separate” training facility for black officers. This was a necessary step to get black officers, so they argued for something they opposed in principle and all of their other work. This was a controversial policy, and it did not work well. The experience many who became officers had during WWI (mostly dealing with the racism they faced even as officers) was awful and demoralizing. Still, in the longer term, it helped create conditions that led to the integration of the Armed Forces (albeit after another world war). I’m a great believer in “rendering unto Caesar”, even as I look for opportunities to make my point, and bring others to my point of view. I don’t think Common Core will last as long as de jure segregation in the Armed Forces. Racism had more fans (sadly) than these standards do. Still as far as supporters go at this point, neither do opponents of these standards.

What we want to avoid is the discussion devolving to this…

David B. Cohen is the Associate Director of Accomplished California Teachers (ACT). His main responsibilities are in communications and membership, and he works t...
Author Profile 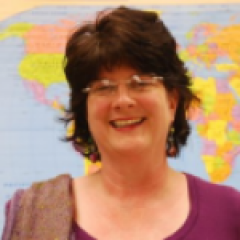