The Art of Teaching Science: Is Technology the Trojan Horse of the Common Standard’s Movement? 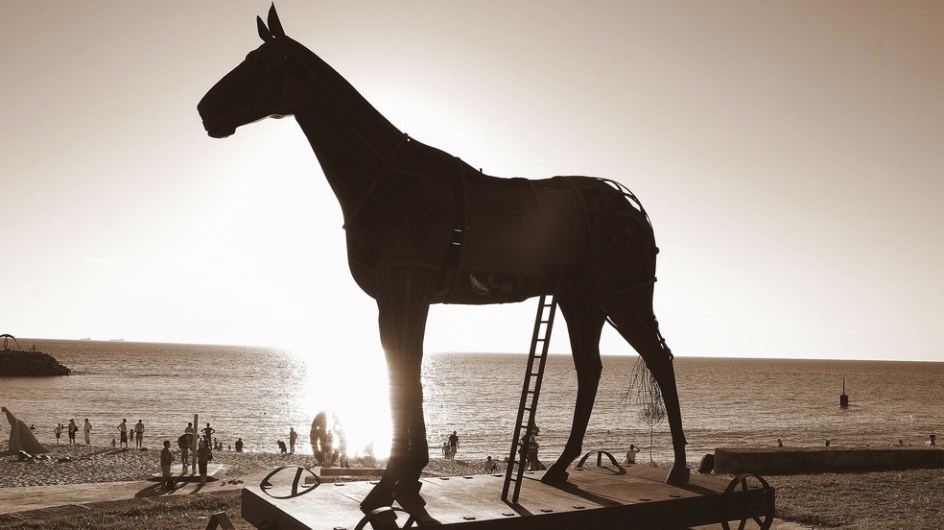 Over on Mercedes Schneider’s blog, she warns us to look for a change of name or tagline for the Common Core State Standards.  A name change or a re-branding, if you will, is because of the anti-common core movement that is hitting Gates and Duncan straight on.  Schneider suggests that technology will play a major role in the re-branding of the Common Standards, and we’ve seen evidence of this for years.  Jeb Bush and his minions are flying around the country selling states on virtual classrooms, technology-based curriculum, data systems, and all the rest.

Too many state legislators think that technology is the answer to what ails education.  However, if they would study the research on the way that eduction has not embraced technology, they might put their mouths somewhere else.  Yet, in today’s culture, information and research does not seem to affect the way legislators vote, or the policies they enact.

Schneider is right on target to suggest that the Common Standards will enter the classroom on the heels of our infatuation with technology.

Yesterday I reported the results of a search of the Gates Foundation College-Ready grants for 2009 & earlier – 2013 using the terms Common Core, and the search returned 161 results.  The largest grant was awarded to the Kentucky Department of Education for $9,800,877, and the smallest grant was awarded to Benchmark Education Company for $25,000.  Using an Excel spreadsheet of the 161 programs that focused on the Common Core, I found out that the Gates Foundation has awarded grants totaling $204,350,462.  That’s $269 million for 161 programs.  The average grant was for $1,269,258.

Today I want to report what I discovered when I went back to this data base about technology grants.  I searched the 161 programs for the term technology and the search returned 131 results.  I found that of the $204.3 million that Gates awarded for Common Core programs, $151,966,216 was spent on programs that were technology-based.   For example, the Alliance for Education, a Seattle-based group, received the largest grant which was $25,464,998.  It was funded to improve teaching and learning by enhancing student access to technology.  There are 130 more examples on theGates Awarded Grants webpage which you can explore here. It is quite clear that Gates is investing (his term) in technology in schools.  It’s no surprise.  But we must keep in mind the word technology is a seductive term, especially when used in the context of schools.  But the history of top-down technology projects has not served classroom teachers very well.  Too often, the technology is used to replace what was already going on in classrooms, or to use a tablet as a textbook.

The paradigm of learning is normally not addressed when the “influential ones” such as Bush and Gates tote their ideas into America’s schools.  Teachers know this.  That is why the most articulate explanation for why the Common Standards should not be pushed into classrooms, come from classroom teachers.  Simply read Mercedes Schneider’s blog.

Schneider says this about how technology might be used to prop up the Common Standards:

It makes sense, then, to “rebrand” CCSS into a technological savior. Turn the public’s attention away from the spending of so many millions on CCSS-assessment technology while programs and staff are being cut.

So, one of the ways that CCSS can morph and can make the money spent on technology appear tied to the “standards” (whatever they might be called in an effort to not call them CCSS) is to refocus on how useful untested CCSS will certainly be (tongue in cheek) for Promoting Technological Prowess Necessary to Compete in the Global Economy.  Schneider, Mercedes. “Common Core As “Technologically Necessary”: A Looming Shift In Sales Pitch?” Deutsch29. N.p., 16 Mar. 2014. Web. 16 Mar. 2014. .

Finally, one more thing.  The Common Standards are embedded in the U.S. Department of Education program, the Race to the Top.  It was almost impossible to get a RT3 grant if the Common Standards were not a part of a proposal.  The RT3 program that I’ve investigated is the Georgia RT3.  Georgia received $400 million.  Keep in mind that half of this amount was distributed to 26 participating Georgia public school districts.  Those funds support the primary goals of RT3 which is to set in motion a technology driven system, which involves millions of dollars for Common Standards implementation, and the creation of data systems to manage schools.  Take a look at the way the $400 million is being spent in Georgia (Figure 2).  More than half of the money is being used to support data driven education.  I’d say that Mercedes Schneider’s warning about a re-branding of the Common Standards is well underway. What do you think about technology and its role in the Common Standards movement?