Every spring, millions of students across the country take standardized tests in English language arts and math that are mandated by Congress as measures of accountability for a school’s performance in boosting student achievement.

And every year, there are reports about computer glitches with administration of standardized exams that affect when and how kids take the test, and there are questions about some of the exam questions.

For example, computer-administered tests had to be delayed at least one day because of problems in New York state.

In Massachusetts, education officials just threw out a question on a 10th-grade standardized exam that was based on a passage from “The Underground Railroad,” a Pulitzer Prize-winning novel. It asked students to write an essay from the perspective of a racist white woman living in the South before the Civil War who is a character in the book.

The question, the Boston Globe reported, “sparked a range of questions among students, including whether using racist language would win them points for historical accuracy or deductions for inappropriateness.” School administrators complained to state officials, who announced the question would not be scored.

But beyond individual questions, critics of high-stakes standardized tests say the exams are not valid assessments of students or schools. In Albany, N.Y., on Monday, a group of teachers rallied outside the state’s education department and called for changes in the testing program.

New York state officials defend their testing program, saying they have responded to criticism by shortening exams and ending time limits for students to take them. And they say the tests are fair and valid.

In a statement about the computer problems during recent testing, New York State Education Commissioner MaryEllen Elia issued a statement saying in part:

As we have done from the start, we will ensure no school is unfairly penalized for participating in computer-based testing. A thorough comparability analysis will be done to review the student computer-based results and paper-based results. We will make the appropriate adjustments to student scores as we did last year.

But even the state’s attempts to improve the program based on complaints about it have presented their own problems, according to testing expert Fred Smith, who explains in the piece below why he believes the New York state standardized testing program is useless.

Smith is a consultant who retired after decades working as an analyst with the New York City public school system. A version of this appeared in the New York Daily News.

[Are these standardized test questions too hard for kids?]

It’s spring testing season and some 1.2 million students in New York state are spending several days taking federally mandated English language arts and math standardized tests — just like they do every year. But to what end?

Congress requires that states test students in grades 3-8 every year to, supposedly, measure how well students are mastering standards and to show how districts and states are doing in helping them succeed.

But that’s not what really happens. I argue that the annual New York testing program is fundamentally useless. Its inefficacy can be seen by tracking changes in the program itself over the last decade — from the time the Common Core Learning Standards were introduced to all public schools until today.

Basic transformations occurred along this “Core-aligned” testing timeline that render efforts to compare the results from year to year an exercise in futility:

How do you keep score, either of individual kids’ progress or of schools’ overall performance, when the rules keep changing and the goal posts keep moving? You can’t.

There is one finding, however, that is sufficiently robust to have emerged despite the vagaries of an ever-changing program. The youngest children, (400,000 third- and fourth-graders statewide in New York) have been befuddled by the ELA and math exams. So too have English Language Learners, special education students and children of color on whom the tests have had a negative impact.

Underscoring the futility of New York’s system, there has been immediate feedback from parents and schools about the 2019 exams after the first two days. Significant numbers of glitches and technical disruptions occurred with the computer-based tests and test administrations had to be delayed at least one day.

In addition, we are hearing about a wide range of time that students are taking to finish the tests — from 50 minutes to hours. Such latitude follows directly from an SED memo to superintendents and principals that says: “As long as they are working productively, students should be allowed as much time as they need only within the confines of the regular school day to complete each session.” [SED’s emphasis.]

Cases have been reported of students working all morning or even later. Without uniform test-taking conditions, children in the same schoolroom, grade or district cannot reasonably be compared with others.

In virtually every year from 2012 through 2018 there have been differences in the publishers, the test population and the test parameters. Such discontinuity is antithetical to the establishment of a coherent testing system.

When are we going to move on from this confusion? 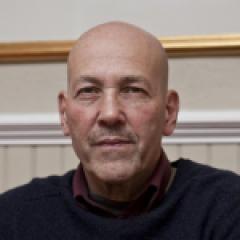 Fred Smith served as a testing specialist and analyst for the New York City public school system and retired after 33 years. He is a member of Change the Stakes, ...
Author Profile
Quick Search
Sign up for NEPC Emails