All the heat in my hose is run by a single thermostat. My house has three stories and a basement. The thermostat is on the first floor. The furnace runs into two out of four rooms on the second floor. There are no furnace runs to the third floor (a converted attic space). 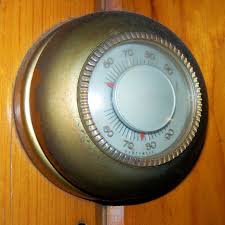 In short, the thermostat is an inaccurate measure of the temperature in my home because it only measures the temp in one place.

We're in even more trouble is we start using the thermostat read-out as a proxy for other things entirely, like how comfortable a room is, or how bright the light is in a room, or how nice the room smells, or how loud the room is. It takes a Grand Canyon sized leap to figure that the reported temperature in one location can be used to determine other factors in other parts of the house.

Likewise, we will fail if we try to use the thermostat read-out to evaluate the efficiency of the power generating and delivery capabilities of our electric company, or evaluate the contractor who built the house (in my case, almost a hundred years ago), or evaluate the health and well-being of the people who live in the house-- or to jump from there to judging the effectiveness of the doctor who treats the people who live in the house, or the medical school that trained that doctor.

In this way, the thermostat is much like the Big Standardized Test-- really only good at measuring one small thing, and not a reliable proxy for anything else. Try this analogy the next time someone asks you why it doesn't make sense to use a single BS Test to measure students, schools, teachers, and the full range of educational activity.

It's not a perfect analogy. It doesn't, for instance, address the example of a thermostat that sets off a bomb instead of starting the furnace. Nor does it address the superstitious belief that the more often you look at a thermostat, the warmer your house becomes. But it's hard to come up with an analogy that captures all the ways in which test-centered accountability is a mess. This will do for a starter.