Is a total neoliberal misrepresentation coming to K12 Education in a public district near you?

A recent article in the pro-charter, pro-neoliberal “magazine,” called Education Next, is a thorough misrepresentation of the recent history of Indianapolis K12 education (see the article at https://www.educationnext.org/hoosier-way-good-choices-for-all-indianapolis/).  I know because, as a university professor and a community activist, I have spent the last seven years working against the pro-charter, pro-neoliberal efforts in Indianapolis, mainly through the IPS Community Coalition, a citywide grassroots organization, and through an activist research group of doctoral students, community members, and university faculty.  Below, I am going to point out ten ways this Education Next “story” is distorted and deceptive.

The neoliberal, so-called education “reform” movement is weaker than they seem despite their millions of dollars and their PR machine.

The IPS Community Coalition is a multi-race, multi-class citywide coalition of everyday Indianapolis folks and local organizations (see us on Facebook) who started a little over three years ago.  We began with less than eight people sitting in a room together, and now we have over 250 members.  We are very active on Facebook and sometimes have over 6,000 eyes on our posts.  We have no money, and many of our members have little. We do support teachers’ unions and work with the local teachers’ union.  In the 2018 school board election, we defeated two of the Mind Trust and Stand for Children incumbents.  The only race they won was due to the candidate being a non-incumbent.  In our best understanding, they spent over a half million dollars on their districtwide candidate, Mary Ann Sullivan, while the person we supported, Susan Collins, defeated their candidate on less than $10,000.  Because of their losses in the last election, now they are bringing back some of the most well-known local founders of their so-called education “reform” movement, and they are trying to fake the community engagement that we authentically do.  They do have millions of dollars, many fulltime and part-time employees, and a large PR machine that falsely uses civil rights language, but they can be defeated.

Study what neoliberalism is doing in education and other public areas of your community.

An activated people can defeat money and power. 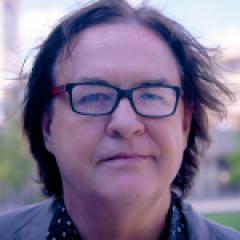 Dr. James Scheurich is a Professor at Indiana University in the Urban Education Studies Doctoral Program, and President of the IPS Community Coalition.