At the Chalk Face: The Troubling Realities of School Segregation

I read this story twice and also read this blog to learn more about the situation and it has left me with many unanswered questions. But first let me see if I have the facts right regarding this troubling story:

Does that about sum it up? As I read and reread this story there are so many thoughts that go through my mind. Starting with, how in the hell is it legal to merge two racially segregated poverty strapped districts? Since when does -2 + (-2) = 4?  But seeing as how this is the south and how the US has a long tradition of doing whatever it takes to keep de facto segregation in place we really should not be surprised. It is not like the alternative, merging a poor district with a well off district (or a black district with a white district) would ever be allowed to happen.

Next my mind begs the question as to how did anyone expect a school district that has 97% of their students who qualify for free and reduced lunch would be able to afford to pay the tuition and transfer expenses for every student who attempted to flee their abandoned failing school. If Normandy could afford to spend more than $12,000 a year educating children they would probably do it. But now they have to continue to educate the children who remain in their district and pay more for the students who have left.

Finally my thoughts turn to Francis Howell school district. I wonder if this school district is made up of the same people who fled Normandy school district in the 1960′s when it was 100% white and about to become desegregated. They fled the area thanks to redlining practices that legally kept black families out of certain neighborhoods. And now many students are trying to do the same but they are not welcomed to go to school in the Francis Howell district (imagine if they tried moving there).

I also wonder what the year has been like at Francis Howell school district since the students transferred. It is easy to believe that most of the students who chose to transfer were the ones who would do the best in a more supportive environment. Did they cause problems in their new school? Did they jack up the crime rate? Did they decrease the learning opportunities of the non transfer students? Not that a yes to any of these questions, automatically gives them an excuse for returning their transfer students back to Normandy but it would be interesting to know what the results were at the end of the year after the transfer.

Ultimately I only have one final thought. How can anyone ignore the effects of poverty when you read this story? “Normandy has the second highest rate of poverty in the state, at 92%.”(Emphasis added). No wonder so many tried to flee when they were given the chance. But how many would stay if instead of being offered a ticket out, they were given a better school district of their own?

The fight for integration was never solely about putting white bodies in the same room with black bodies. The fight was centered on equality. Making sure that blacks and whites were treated equally in schools and other public spaces. But instead of equalizing resources between black schools and white schools we attempted to force integration through busing but then stopped when it became apparent that white flight would put a stop to such efforts. Now we have pretty much accepted the myth that people are going to live where they want and we cannot force them to choose integration as a reason not to do anything about the re-segregation that we have today. If we see segregation as natural and rational human behavior then perhaps this article is not so troubling.  But if we are unwilling to accept the realities of today’s school segregation as inevitable then this story should remind us that in the 60 years since Brown vs. Board of Education we have yet to win the fight for equality. 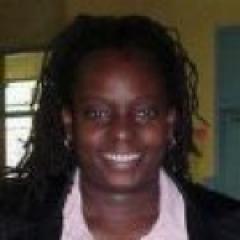 Denisha Jones has a PhD in Curriculum and Instruction from Indiana University. She has taught kindergarten, preschool, served as a campus based preschool director...
Author Profile
Quick Search
Sign up for NEPC Emails