Educating. All Our Children: Tyranny of Testing Companies: Privacy or Proprietary?

My last post was an alert to parents about the ways the “educational” uses of technology are gathering data on our kids, not (as claimed) to advise their teachers on better ways to teach them, but to make it easier to market to kids – not just to sell to them, but to shape their ideas about what they want .   “Learning to be Watched,” the new study out of the National Education Policy Center at Boulder, documented in all too chilling detail the way “education” softwares (including those required for daily assignments as well as for testing) collect very personal data on children – on minors – to build a “data” base of their social contacts for the benefit of corporations who can profit from having your child’s profile in its hands.

The authors of “Learning to be Watched” do not write in generalities: they name specific companies (Google and Nike, for example) and provide real examples of the ways schools – often knowingly – are complicit in this capture of children’s personal information. They also show how difficult it is to protect children’s privacy when privacy laws – even those protecting children – come up against the corporate claims that their information is “proprietary –  that is, a product they own, an essential part of their business plan, thus not open to outsiders.

Corporations – from testing companies to third-party marketers to unknown (and perhaps international) vendors – can scoop up personal information on young children and teenagers to use for their own profit.    And parents have few ways to find out what these strangers know about their children and how the data collected from year to year will be used to manipulate their children lives.

So are the testing companies advocates willing to have their “data” open to outsiders?  It would seem the answer is a clear and resounding NO! 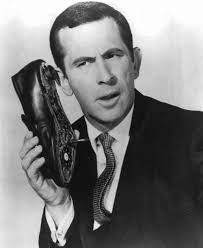 We’re learning that questioning the tests can put the questioner in jeopardy.  Anyone – including teachers – who wants more public scrutiny of the mandated standardized tests that so dominate our schools these days, may be “surveilled.”  A teacher or blogger who raises questions about the tests is in danger of being threatened by – yes, the testing companies that have no problem gathering and selling data on young children but do not want anyone to know what they are doing.

Yes, this sounds far-fetched.  But thanks to Diane Ravitch’s blog, more of us are learning how this works.  Ravitch’s blog has become a kind of town square for sharing information about our children and their schools.

Several of her recent posts show how diligently teachers are raising serious concerns about these mandated tests – from the claimed levels of difficulty, to the accuracy of content, to the many problems in giving and scoring the tests.  All instructionally important for the children and the ways these tests are used to govern their education.

But apparently off-limits as “proprietary information” that can put the questioners in danger of reprisal.  Absurd? Yes.  Dangerous? Yes?

But so threatening to the testing companies that teachers and bloggers doing their professional duty to look out for the children are themselves being threatened with legal action.

Here are just some of Diane Ravitch’s recent blog posts that shed light on this growing threat, in the teachers’ own words.  When you read these, and follow the links back to the original writers’ blogs, you may wonder as I do, How are teachers’ and bloggers’ being surveilled? Who is monitoring their writing and capturing their words to use against them?  Who controls the metrics and “analytics” of teacher correspondence? And who said they could? Who gave them the power to traffic cop communications among educators who are looking out for the children? Is this something else our tax dollars are paying for?

One teacher's questions
Who owns the [test] copyright?
The testing company's complaints
Who's censoring correspondence critical of testing?
How can Twitter disappear a controversial message?

I invite you to read these for yourself, think about your own kids, and add to the conversation with your Comments. 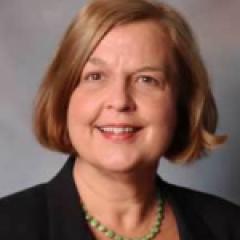 Linda McSpadden McNeil passed away in April, 2021. She was a professor in the Department of Education at Rice University, and Director of its Center for Edu...
Author Profile
Quick Search
Sign up for NEPC Emails