The education of unaccompanied minors calls for transformative educators and policies. A question we need to continuously ask is whether we want to train minors so they are apprenticed into servitude,[1] or do we want them to emerge as civic leaders and global citizens? Global citizens, broadly defined, are aware of worldwide interconnectedness and recognize the social responsibility such awareness conveys.

In 2019, by June, the Migration Policy Institute notes Customs and Border Patrol (CBP) had apprehended 56,278 unaccompanied minors.[2] In the U.S. the children do not have legal status until their cases have been adjudicated. The lack of status means children, until their case is decided, have limited due process. For example, it is particularly relevant that the youth do not have a right to a government-appointed lawyer. The United Nations Convention on the Rights of the Child (UNCRC) a legally binding agreement, stands in conflict with many U.S. current procedures for unaccompanied children.[3] Prolonged separation from family and detention, for example, is in violation of the UNCRC.

Nonetheless, while youth’s destinies, in the U.S., hang on shifting policies and political agendas, a number of these children will eventually attend public schools, have access to higher education, become part of the U.S. labor force, and become leaders within their communities and beyond. At least, I want to imagine we – stakeholders, including policy-makers, researchers, scholars, teachers together with the children-  might project amazing futures for the children.Earlier this year, I met Pablo,[4] a teenager, who was now living with family members in a deep south state. The drive to his home along rural roads led us by poultry processing plants, a market with pan dulce (sweet bread), and signs in languages other than English. His second-floor apartment was across from a worn-down playground. He was waiting for us, standing in the doorway, neatly combed, dressed in a clean light sweatshirt and pants. At first glance, not much of his appearance conveyed that he had recently joined his family after being held for 18 months in a U.S. sanctioned detention shelter for minors nor the ordeals of his journey to cross the border. Later, I became familiar with the piles of paperwork generated and institutions involved in his case and the factors both pushing him out of Guatemala and pulling him to the United States.

Pablo is one of the many children from the Northern Triangle (Guatemala, Honduras, El Salvador) who seek to enter the United States due to 1) violence, crime and citizenship insecurity 2) social inequality and precariousness and 3) to seek pathways towards family reunification.[5] These children are fleeing from trajectories referred to as muerte en vida (death in life) produced by regimes or governments whose policies kill youth’s possibilities of advancement or social mobility. The regimes may be described as engaging in juvenicidio (youthicide), as their policies relegate youth to lives of precariousness, poverty, inequality, stigmatization, and stereotyping.[6]  Pablo shares some commonalities with other unaccompanied children, such as poverty and stigmatization. He is also part of the estimated third of detained immigrants who display symptoms of Post-Traumatic Stress Disorder (PTSD) and the estimated quarter who display symptoms consistent with a major depressive disorder.[7] At the same time, he does not share Spanish, the native language of a large portion of unaccompanied minors from the Northern Triangle. Pablo’s native language, Chuj, is spoken by approximately only 40,000 people in all of Guatemala and Mexico. Chuj is one of the estimated 400 indigenous languages, which have survived the Spanish conquest of Latin-America.

In detention, Pablo developed some command of Spanish and English. He is one of the fortunate unaccompanied minors who had access to a pro bono lawyer. In the U.S., without legal representation, only 10% win their asylum case.[8] Pablo learned how a lawyer might help him, while he was held to restrictive schedules that allotted him limited phone contact with family outside the walls of shelter confinement. What he describes as scarce hours of structured educational activities, followed by daily prolonged hours of boredom, occurred for him amid the uncertainty related to the outcome of his asylum petition.

On papers, he was also classified and misclassified by ethnicity and race numerous times. His limited fluency in Spanish, at times, may have misled adults who had interactions with him. He may have been thought of as an individual with special needs. Currently, it is difficult to determine, because there appear to be no records, what percentage of unaccompanied minors are mistakenly identified as individuals with special needs and what percentage actually have special needs that are not being addressed. Furthermore, his Chuj identity was rendered invisible, thereby recreating patterns of oppression that plague indigenous groups.

Similar to the experiences of other unaccompanied children, Pablo’s hunger for opportunities to thrive was at best held at bay during this extended confinement. Once, out of shelters, unaccompanied minors who reach 18 years of age and whose cases have not been resolved, often do not qualify for opportunities to pursue higher education. Youth’s dreams of achievement are often trapped in limbo until issues of legal status are resolved. Within these governments or regimes -general politics- which manufacture deportability, thereby making individuals vulnerable, as there is tenuousness surrounding their legal status, we are supporting apprenticeships in subjugation.

By contrast, consider how unaccompanied children have the potential to become prime examples of individuals who embrace global citizenship. Their histories alone, such as their displacement, exemplify the interrelatedness of events amongst countries. For example, as drug cartels have moved to the Northern Triangle, so has the massive displacement of people. Along with youth’s journeys, which exposes them to politics, geography, botany, and different forms of discipline, their experiences can be harnessed in ways that lead to “…learning (that) has the power to ‘unfit’ individuals from subordinate social status.”[9] Learning that teaches the children about their oppression cannot be reversed. It has the potential to disrupt their segmentation into the lower rungs of society. Combating regimes of deportability by cultivating global citizenship can afford evolving citizenship conceptualizations, which support unaccompanied children’s integration and adaptation. This approach should take the place of productions of illegality, such as prolonged non-legal status, which limits access to higher education and scholarships. Stringent migration policy supports the generation of lives of servitude with an ethnic and racial slant.

The education of unaccompanied minors benefits from informal education approaches, which support incorporating aspects of students’ experiences and knowledge, not represented traditionally within curricula. It also demands transnational educational approaches, which seek to connect educational systems across borders. Schools or teachers from sending countries need to be connected with U.S. schools, and educators, in order to foster students’ identities (e.g., ethnic, indigenous, language), rather than rendering these invisible, as is often the case. We, as scholars and teachers, need to challenge when and where learning opportunities are located.

At the same time, the education of unaccompanied minors cannot be accomplished without addressing the lack of information often held by the public and those in contact with the children (e.g., shelter employees, novice teachers). Our work reveals how often the public is unaware that asylum is protected under international law. We need a commitment to counter misleading narratives about issues related to unaccompanied children within social media and other media. We need to take into account the uniqueness of each child. Along with consideration for the children’s multisited journeys, such as departure areas and when and where they crossed the U.S.-Mexico border, the intersectional nature of children’s identities (e.g. Pablo’s identity as an Indigenous language speaker), their varying needs (e.g., age) and specific historical circumstances (e.g., agricultural investments that displace rural communities[10]) need to be considered in order to inform the teaching, learning and enacting -apprenticeships-  of global citizenship.

Note: The Program for Transborder Studies made this research possible. The study was conducted in collaboration with Dr. Jessica Solyom and Nicholas Bustamante, whose initial contribution was critical in propelling this research.

[1] De Genova, amongst others, refers to regimes of deportability, which impose and maintain subordinate status or what may also be conceptualized as second-class citizenship or, in other words, persons holding less rights and privileges in comparison to others within a hierarchy.

[3] The U.S. signed the agreement in 1995 but has not consented or ratified the international treaty.

[4] Pablo is a pseudonym assigned to protect the identity of the study’s research participant. 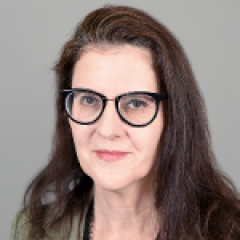 Angela E. Arzubiaga is Associate Professor in Justice Studies and Social Inquiry in the School of Social Transformation at Arizona State University. Her research ...
Author Profile
Quick Search
Sign up for NEPC Emails