The United Gates of America

The title is not a mistake.  In the New York Times, we finally see coverage of a phenomenon some of us have been writing about for year.  The piece begins by telling about a small committed group of apparently grass roots organized teachers  who testified before the Indiana legislature and wrote an op ed asking to eliminate seniority-based layoff policies.

They described themselves simply as local teachers who favored school reform — one sympathetic state representative, Mary Ann Sullivan, said, “They seemed like genuine, real people versus the teachers’ union lobbyists.” They were, but they were also recruits in a national organization, Teach Plus, financed significantly by the Bill and Melinda Gates Foundation.

To see how pervasive the influence of the money of Bill Gates is, I strongly urge you to read Behind Grass-Roots School Advocacy, Bill Gates

In some cases, Mr. Gates is creating entirely new advocacy groups. The foundation is also paying Harvard-trained data specialists to work inside school districts, not only to crunch numbers but also to change practices. It is bankrolling many of the Washington analysts who interpret education issues for journalists and giving grants to some media organizations.

Some of us saw this coming.  We noted several years ago the number of organizations funded by the foundations of Bill and Melinda Gates and that of Eli and Edyth Broad.  The number has continued to expand.

In 2009, of the $378 million the Gates Foundation spent on education, $78 million was for advocacy activities.   The plans for the next decade are to spend $3.5 billion on education, of which up to 15% will be on advocacy.

Consider the groups the times identifies as receiving Gates' largesse.  Besides the aforementioned Teach Plus, the 360 grants include financing charter schools and early high schools, funding for the Educational Equity Project and Education Trust (both of which advocate on policy), and

research institutes that study the policies’ effectiveness, and to Education Week and public radio and television stations that cover education policies.

It pays for public relations services.  It funds university programs. in 2008 it spent $16 million in partnership with Broad to try to raise the issue of education in the Presidential election cycle.  It is playing a major role in the development of the Common Core Standards:

The National Governors Association and the Council of Chief State School Officers, which developed the standards, and Achieve Inc., a nonprofit organization coordinating the writing of tests aligned with the standards, have each received millions of dollars.

It is paying the Alliance for Excellent Education and the Fordham Institute to help in the promotion of those Common Core Standards.

Let's stop on the CCS for a moment.  When the committees were established to draft them, there were people from think thanks, people from curriculum/testing firms, people from advocacy groups, but something was missing - no one was a teacher, no one was from the professional organizations of teachers dealing with the content -  National Council of Teachers of English, International Reading Association, or National Council of Teachers of Mathematics.  Nor of course were either teachers union represented - after all, Gates has been consistent in his opposition to unions.

It goes further.  Gates was involved in promoting the horrid "Waiting for Superman" which demonized one teachers union president, Randi Weingarten, and which sought to blame teachers unions for the presence of bad teachers even distorting the data to make its points.

Before that we would find Gates - and Broad - funding Teach for America.  Their money was behind New Leaders for New Schools.  The New Teacher Project which was led by Michelle Rhee before she went to DC Public Schools was another recipient.

We get journalists writing positively about such groups who are (a) not really trained in or about education and (b) funded at least in part by the same source funding them.

Let me address (a).  A number of weeks back I was at an event co-sponsored by the Education Writers Association and the Carnegie Foundation of New York as one of about a dozen education bloggers.  We had presentations from a variety of experts.  At the end we broke into three groups consisting of only the Education Writers and bloggers.  In my group I asked how many could discuss any of the following:  Reggio Emilia,  Simpson's Paradox, or Campbell's Law.  None of the more than a dozen at our table could discuss all three, only a few even knew one.  Reggio Emilia is perhaps the world's best model of early childhood education.   Simpson's Paradox explains why when you increase participation in something like SATs by lower socio-economic groups (say Blacks or Hispanics) as a percentage of those participating, the overall scores can drop even if the disaggregated scores for all groups go up, which is why we see horror stories on things like falling SAT scores.   And Campbell's Law, from 1976, is basic to understanding why our emphasis on test scores is distorting education:

The more any quantitative social indicator is used for social decision-making, the more subject it will be to corruption pressures and the more apt it will be to distort and corrupt the social processes it is intended to monitor.

Such emphasis, whether on arrest numbers for police or test scores for students, inevitably lead to distortion and in some cases outright corruption -  as we have now seen in the DC schools led by Michelle Rhee.

Gates has given money to the teachers' unions, even as it helped demonize Randi Weingarten.   Gates funds many groups, including one in which I participate:  the Teacher Leaders Network is part of the Center for Teaching Quality, itself a recipient of Gates Foundation funding.

Last year the Gates Foundation gave half a million to a group organized by Jeb Bush.  This year the President appeared with Jeb Bush at a school in Miami.  Among the high ranking people under Arne Duncan in the Department of Education are former high ranking people in the Gates Foundation, and a former top-ranking official of Education Trust, itself a recipient of Gates funding.

In short, Gates money is everywhere in education.

Yes, in some cases the funding is benign, and in a few cases even positive.

The problem is there is no regular outside scrutiny of how this money is driving educational policy to the exclusion of other voices.  And the Times article has three brief paragraphs which should illustrate the problem this presents:

In 2009, the foundation spent $3.5 million creating an advocacy group to buttress its $290 million investment in programs to increase teacher effectiveness in four areas of the country: Tampa-St. Petersburg, Fla., Pittsburgh, Memphis and Los Angeles.

A document describing plans for the group, posted on a Washington Post blog in March, said it would mobilize local advocates, “establish strong ties to local journalists” and should “go toe to toe” with union officials in explaining contracts and state laws to the public.

But to avoid being labeled a “tool of the foundation,” the document said the group should “maintain a low public profile.”

Randi Weingarten complained about the anti-union approach, and there was some modification, to promote union-management cooperation.

Those of us not at the upper levels of the unions often wonder why their leadership seems to give in on some important issues.  Apparently they believe it is the only way they think they can continue to have a seat at the table.   Here I want to borrow language first offered by someone else -  they may be at the meal, but their place is not at the table but on it, as they are on the menu to be consumed.

There are groups receiving Gates money that still feel free to occasionally criticize some of the Foundation's initiatives.  Occasionally.

There has been no serious public discussion of whether the overall influence of Gates and similar groups is what should be driving the policy discussions in this country.  Yes, the likes of Diane Ravitch have talked about the Billionaire Boys Club including not only Gates and Broad but other foundations like those of the Waltons and the Bradleys.

What we are seeing is a distortion of the policy making process.  Where the public is still included, it is often through what some would describe as a process already distorted or perveted, because the media which should provide accurate and unbiased information does not.

We have seen this in other areas of American life.  There was little criticism in the traditional organs of media of the rush to war in Iraq.  There were few questions at the move to strip civil liberties in the name of national security.  Media outlets have continued to be concentrated into fewer and fewer hands, such as but not limited to those of Rupert Murdoch.  Now we have Comcast, which has been in violation of net neutrality, taking control of NBC Universal.  When media organizations are owned by industrial interests, as NBC was by GE, can those organizations properly cover their parents?  When major economic interests are the source of revenue for such organizations, will the public receive honest reporting about the misdeeds and abuses of such interests?

I'm glad to finally see this coverage in the New York Times.  But it is very late, and not even close to being sufficient.

I would not expect to see similar coverage in the Washington Post.  After all, Bill Gates is a close friend of Warren Buffett who is a major player in the Post, and they both were friends and bridge playing companions of the late Katherine Graham.

Please note -  I do not think Bill Gates is malevolent.  My perception is that he thinks he is doing good with how his foundation operates.  Yet both he and Broad seek to drive policy in a specific direction that seems to exclude reliance upon meaningful data in a way neither would ever do with the spending their foundations make in health care matters.  Unfortunately, everyone seems to think they are experts when it comes to education.

So read the article.  Explore the links.   Follow the work of graduate student Ken Libby, quote in the article, who blogs with Jim Horn at School Matters

It is happening in education.

We already see it happening through other billionaires in what the Koch brothers are doing in places like Wisconsin.

If we do not pay attention, if we do not insist on transparency, if we do not ensure that other voices are part of the discussion, we will find that we are moving our nation in a direction that clearly would justify a new name: 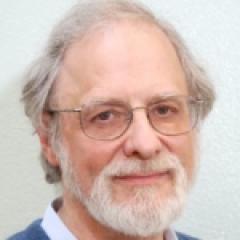