I want to tell you about two wonderful new books that just came in the mail: Veteran journalist Barbara Miner’s Lessons from the Heartland: A Turbulent Half-Century of Public Education in an Iconic American City and teacher and literacy scholar Deborah Hicks’ The Road Out: A Teacher’s Odyssey in Poor America.

Some of you will recognize Barbara Miner’s name from the progressive newspaper on education, Rethinking Schools where she was managing editor and is still a contributor. Miner is a long-time resident of Milwaukee, sent her children to public school there, and was a reporter for the Milwaukee Journal Sentinel, so she has a deep feel for the city. She adds to that knowledge in-depth research on education politics and policy over the last fifty years to give us a book that explores the intricate web of race, class, and public policy in public education.
One of the admirable characteristics of the book is the way Miner uses the specifics of Milwaukee to illustrate broad natural issues—industrial boom and bust, residential and school segregation, changing ethnic and racial demographics—and their effects on various attempts to reform public schools and/or use the schools to solve larger social problems.
One of the joys of the book is that while Miner treats these topics with the gravity and care they warrant, she also knows how to tell a story. The book zips along with one powerful tale after another, typically populated with memorable, if not always admirable, characters.
If you wanted to introduce someone to the complex sociology and politics of urban public education over the last generation or two, Lessons from the Heartland would be a very good place to start.
***
Fifty years ago Michael Harrington wrote in The Other America of the invisibility of America’s poor. After a brief period during the War on Poverty when public policy was focused on poor people, they have once again drifted out of our attention. This is especially true of the rural poor.
Deborah Hicks has a long history of important research on literacy and children (e.g., Reading Lives: Working-Class Children and Literacy Learning), and some years ago she formed a kind of reading and writing club with seven girls who had migrated with their families from Appalachia to Cincinnati. She worked with these girls for half a dozen years, reading books with them, encouraging their writing, and trying to guide them through their very difficult transition into adolescence.
Hicks comes from a similar background, so she has a special understanding of these girls’ lives, their dreams, the crush of poverty, and the powerful role literacy can play in their development. The Road Out is quite a book, for Hicks draws on her own childhood experiences and her considerable knowledge of literacy as she works with the girls, and she is able to give us a rich sense of who these girls are, what each struggles with, and what it is that literature evokes in them. As such, her book is both a careful study of the effects of poverty on young people and a celebration of reading and writing. And the girls emerge as complicated and compelling characters; we are drawn into their lives.
Barbara Miner uses a major American city to illustrate big issues about the interaction of race, class, and schools in the United States. Deborah Hicks turns her focus in the other direction and uses the difficult lives of seven girls to also illustrate big issues about poverty, gender, education, and imagination. Working from a large canvas and a small one, Lessons from the Heartland and The Road Out have hard but necessary lessons to teach us about doing well by all of America’s children. 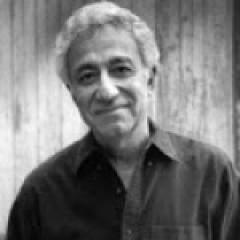