The journal Education of Economics Review recently published a study titled “Teacher Quality Differences Between Teacher Preparation Programs: How Big? How Reliable? Which Programs Are Different?” The study was authored by researchers at the University of Texas – Austin, Duke University, and Tulane. The pre-publication version of this piece can be found here.

As the title implies, the purpose of the study was to “evaluate statistical methods for estimating teacher quality differences between TPPs [teacher preparation programs].” Needless to say, this research is particularly relevant, here, given “Sixteen US states have begun to hold teacher preparation programs (TPPs) accountable for teacher quality, where quality is estimated by teacher value-added to student test scores.” The federal government continues to support and advance these initiatives, as well (see, for example, here).

But this research study is also particularly important because while researchers found that “[t]he most convincing estimates [of TPP quality] [came] from a value-added model where confidence intervals [were] widened;” that is, the extent to which measurement errors were permitted was dramatically increased, and also widened further using statistical corrections. But even when using these statistical techniques and accomodations, they found that it was still “rarely possible to tell which TPPs, if any, [were] better or worse than average.”

They therefore concluded that “[t]he potential benefits of TPP accountability may be too small to balance the risk that a proliferation of noisy TPP estimates will encourage arbitrary and ineffective policy actions” in response. More specifically, and in their own words, they found that:

If this sounds confusing, it is, and also highly nonsensical, but this is also a reason why this is so difficult to do, and as evidenced in this study, improbable to do this well or as theorized in that TPP estimates are sensitive to error, insensitive given error, and, accordingly, highly uncertain and invalid. 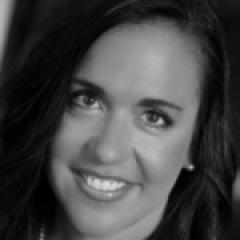