What’s the Alternative to a Well-Prepared Teacher?

The following commentary, penned by William McComas and Chris Goering, is a longer version of what appeared in the Arkansas Democrat Gazette on Sunday, May 19th.

Most people agree that recruiting and creating the very best teachers for the students of Arkansas is a critical goal made immediate by the significant teacher shortage in some subject areas, particularly in mathematics and science.

We are pleased to reveal that we are both professors of education at the University of Arkansas, Fayetteville with vast experience in teacher preparation and as public school teachers ourselves.  Second, we are both taxpayers in Arkansas with a vested financial interest in how state money is spent.  Third, one of us has seen two children through the Fayetteville public schools, one of the best school systems in the nation served by teachers who are ready from the first to the last day of school to help students become successful learners and citizens.  We both want all parents across Arkansas to have such an experience for their children, but that dream could be threatened by mediocre teacher preparation programs.

This problem isn’t new nor is it limited to Arkansas. But the unfortunate response to this shortage has been to propose programs that ultimately reduce the nature and degree of training of new teachers, to get larger numbers of underprepared teachers into classrooms as quickly as possible, and to enable school districts to spend taxpayer dollars to hire these individuals.

This is a short-sighted solution and ultimately a serious threat to the future of our state.  We must not lower the bar just because there is a teacher shortage; rather, we must develop and fund new high quality plans for teacher preparation.

Proponents of alternative plans for teacher licensure suggest that principals will make good choices among those applying for teaching positions (or at least will make the best choices that they can).  These supporters also suggest that a well-meaning adult in the classroom is better than no adult in the classroom. The students of our state deserve better than a hope and a promise.

Though it wasn’t necessarily their goal, Teach for America launched a movement towards alternative preparation programs back in 1990 by placing highly successful college students in challenging and/or hard to fill teaching situations for two years. TFA participants sign on to work in some of America’s toughest schools and receive about five weeks of preparation prior to beginning a stint as full-time, paid teachers. Other programs have spun off of that basic idea in North Carolina, Mississippi, and now here in Arkansas.

The research on TFA has taught us is that these smart individuals may make a difference in student achievement, but they don’t stay long in the profession. The research doesn’t show how damaging it is to the teaching profession that such programs imply that anyone can be an effective teacher with little or no teacher preparation. Such programs also create a revolving door that moves people in and out of our schools, ultimately undermining the stability of the educational system.

TFA and other alternative teacher preparation programs generally produce individuals less committed to a long term career in education. Few of us would want to be treated by a doctor, dentist, or nurse who’d sailed through a five-week preparation program with minimal clinical experience, so why should we trust our children and their future to these individuals?

In Arkansas, schools typically considered “lower performing” often serve students of lower socioeconomic status who tend to score lower on tests than do students from families with higher annual income. It is understandable that alternative teacher licensure programs target the placement of teachers in the most challenging situations but there is an unintended consequence in doing so. What few talk about with respect to alternative teacher certification is a clear social justice concern.

It is likely that these inexperienced and hastily-prepared teachers will be hired in parts of the state where students could most benefit from superior educators. Thus, the disparity in student achievement already seen across Arkansas will grow if, as we predict, the top districts in our state are not likely to hire the least prepared and most inexperienced teachers. All students deserve quality instructors and if these alternatively licensed teachers are so good, why aren’t the state’s wealthiest schools lining up to hire them?

Are the taxpayers of Arkansas prepared to run an experiment on our most vulnerable students? Historically, these types of experiments have not ended well (e.g., Nuclear testing in the Pacific after WWII, biomedical studies in the South in the 1930s and other egregious plans) and are perpetrated against racially and economically disadvantaged people—those without a voice to speak up against the wrong.

So, rather than conduct a vast social experiment just because there is a need, we must make a solid commitment and offer a strategic plan to adequately prepare teachers for service in all parts of Arkansas, in all subject areas. We need excellence while working to address the challenge of teacher preparation for the long term and must not engage with untried quick fixes.

All of us must work together to determine how many teachers are needed in what subject areas to serve in particular regions of Arkansas and plan accordingly for the future rather than offer untested plans to address the problem in the near term. In Finland, for instance, which has an internationally acclaimed model of school success, they prepare only the number of teachers actually needed and thus ensure that every new teacher has a job.  At the same time, teaching is held in high esteem because of the relative competitiveness in entering and rigorous training required for the profession.  We should move teacher preparation here toward such a model, not away from it.

We firmly believe that all children deserve the very best educators, ones committed to and likely to stay in the teaching profession, individuals who are well-suited for the challenges they will face, and prepared rigorously and completely rather than expediently. Corner-cutting, cost-deferring methods of teacher preparation, alternative or otherwise, will net our state exactly the level of mediocrity for which it pays. People entering a profession with a minimal commitment don’t stay.

Here are a few suggestions for how Arkansas might meet the challenges of teacher education and develop or preserve the high quality our state deserves.

We should identify and nurture future teachers as early as possible. We urge Arkansas to consider following a research-based path, perhaps one like the North Carolina Teaching Fellow program that provides scholarships for high school seniors to attend traditional teacher preparation programs. This is an investment in quality that we should emulate.

Let’s provide scholarships for every teacher willing to make a long-term commitment to the students and future of Arkansas.  In high-needs disciplines we should recruit individuals with appropriate undergraduate degrees and provide financial incentives so that they can enter one of the many high quality teacher preparation programs across the state and spend the time necessary to become master educators.

Finally, we call upon the state legislature to join this effort by authorizing tuition waivers at the state universities to further encourage prospective teachers to gain the necessary preparation and engage in significant student teaching experiences in key subject areas. This will permit them to join the teaching workforce with pride, skill and a greater potential for a satisfying long-lasting career.

A student-teaching program is particularly important since such experience is arguably the most important element of teacher preparation and the one most frequently minimized or even eliminated in the majority of alternative certification schemes.  Arkansans should be proud of the current requirement set for such practice found in traditional programs but shamed by what passes for clinical practice in alternative programs—in some cases, there is no practice prior to taking the reigns as a hired teacher.  Other professionals don’t exclusively learn on the job. Teachers shouldn’t either.

We insist that the Arkansas State Department of Education maintain the highest standards in teacher preparation. Currently it takes 1500 hours of preparation before a barber is permitted to independently cut hair.  Why would we allow teachers into classrooms with perhaps as few as 180 hours of preparation and little or no supervised practice?  Do we really want Arkansas hair stylists to have more training and experience than the next generation of Arkansas K-12 teachers?

Social commentator and author of Outliers: The Story of Success, Malcolm Gladwell states that “Practice isn’t the thing you do once you’re good. It’s the thing you do that makes you good.” “Achievement is talent plus preparation” and finally that it takes about 10,000 hours to become an expert.  The long path to expertise should begin before an individual stands before a classroom of students.

We won’t suggest that all traditional teacher preparation programs produce universally excellent teachers and we can’t say that all alternatively prepared teachers are ineffective, but doing as little as possible just because there is a shortage is shortsighted. If someone—no matter how exceptionally qualified—won’t spend the time necessary to learn how to teach, they probably don’t really want to teach, likely won’t be successful in the classroom and probably won’t remain in education.

We are not simply advocating the preservation of the status quo and are willing to reevaluate the nature of all teacher preparation, especially in light of research-tested models. We must not allow foolish experiments with the lives and futures of the children of Arkansas—they and their parents have a right to expect that each and every teacher is the best available.  They should not be forced to submit to the risk of alternative teacher preparation.

It is now time to answer the question asked in our title.  What’s the alternative to a well-prepared teacher?  Nothing! 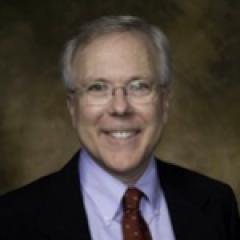 William F. McComas, Ph.D., joined the faculty of the University of Arkansas College of Education and Health Professions in 2006 as the inaugural holder of the Par...
Author Profile

Chris Goering is an Associate Professor of Secondary English Education at the University of Arkansas in Fayetteville. He received his Ph.D. (2007) and M.Ed. in Cu...
Author Profile
Quick Search
Sign up for NEPC Emails