Teaching/Math/Culture: What Does It Mean to Study Teachers’ Learning from a Sociocultural Perspective?

I try to be a plain-talking academic when I engage in the public realm of social media. Sometimes, despite my best efforts, I find myself wanting to use academic jargon. My goal in writing this blog is to have conversations with both educators and researchers, so I think it is okay to have “turns” of conversation that lean a little more on my research voice than my educator voice.

Sociocultural is jargon word that I have wanted to invoke from time to time when talking to my practitioner friends. In particular, the research I do uses sociocultural learning theories as a way of describing both how students and teachers learn.

But what does that mean? In order to understand, you need a little history on how we have come to think about learning the way we do.
In the late 19th and early 20th centuries, U.S. research on learning was dominated by behaviorism. Seeking a rigorous empirical basis for a study of behavior, researchers like E.L. Thorndike and B.F. Skinner sought to explain how learning happened by documenting what they could see empirically.

Out of this theory, we have ideas like operant conditioning, where actions are shaped by stimulus and responses in the environment to ultimately change behavior. Skinner famously made little operant conditioning chambers called “Skinner boxes” that successfully “taught” pigeons to dance. Through the boxes, food was dispensed in response to the pigeon’s movements. If he turned his head to the left –– the stimulus –– he would get a food pellet –– the response. The next time, he had to turn his head a little further to get his food. Eventually, through operant conditioning, the pigeon learned to turn in a full circle –– to “dance” –– to get food.

Behaviorism explained some forms of learning, but it couldn’t explain everything. In the 1950s, the cognitive revolution began. Researchers like Jerome Bruner began to critique behaviorism, noting that a sole focus on behavior precluded a study of how people created meaning, a central question in understanding why people do what they do. Researchers realized they could do empirical studies that included a theory of the mind. Using methods like case studies and talk aloud protocols, investigators could examine how people made sense of their activities in the world.

Cognitive science, as it came to be called, led to important insights like schema theory and conceptions. A schema is a general system for understanding how knowledge is represented and how it is used.

Researchers can look for evidence of different schemata (the plural of schema). Like the behaviorists, they observed what people did to understanding learning. However, they augmented this by asking people to explain their thinking through interviews and surveys.

To give an example of a schema, let’s take the word “dog.” When I say “dog” what do you imagine?

You probably think of four-legged animals that bark, are furry, have tails. But how do you know that these are all dogs?

How do you know that these are not?

This is the question that underlies the idea of schemata.

The examination of schemata started to point to the importance of culture. Schemata are closely related to prototypes. So, for example, when I say the word “furniture” what do you think of?

Linguists have found that when you say the word “furniture” to Americans, they think the best examples are chair and sofa.

When you say the word “möbel” to Germans, however, they think the best examples are bed and table. Our schemata and our prototypes –– the building blocks of concepts in the world –– are culturally specific.

By the early 1990s, this increasing recognition of the importance of language, culture, and context shifted our ideas about learning yet again. Language and culture were not just the setting for development and thinking –– some kind of external variable to be controlled for –– they were, in fact, fundamental components of these mental processes. This insight meant that, to explain some learning phenomena, researchers needed to do more than describe mental structures.

This required another broadening of research methods. Using linguistics, anthropology, and sociology, learning researchers wanted to account for how concepts stretched beyond individual minds and into the world. Deeply influenced by Soviet psychologist, Lev Vygotsky, researchers working in this sociocultural traditionexamined learning as it happened in interactions in the world, requiring new units of analysis. That is, instead of studying individuals as they learned, researchers sought ways to study individuals in context.

My own research takes up these sociocultural insights to re-think how we study teacher learning. Let me paint a bit of a picture for you about the intellectual traditions that shape my work.

First, when I entered my doctoral program at UC Berkeley in the mid-1990s, debates between cognitive and sociocultural perspectives on learning were quite active in my courses and in research groups. Although most arguments centered on questions of student learning, there was a growing interest in what was often called “out-of-school learning.” Influenced by anthropological researchers like Jean Lave, a small group of scholars studied workplace learning, a particularly pressing topic in our modern information economy, where workers must constantly adapt to a rapidly changing world.

Meanwhile, in educational policy studies, there was a growing recognition that research on school organization, curriculum, and teacher professional development had overlooked a central question: How do teachers’ learn? Since almost all school improvement efforts want to improve instructional quality –– through curricular reform, changes in scheduling or assessment techniques –– they all depend on what happens inside of classrooms. And that, of course, depends on what happens with teachers.

For this reason, educational policy scholars like Judith Warren Little and Mike Knapp were recognizing that teachers’ learning is an underanalyzed component of any efforts at school change or instructional improvement. Yet it was not central to policy designs –– let alone to analyses of their effectiveness.

The moment was ripe for somebody to connect these ideas. My work starts with the policy-based observation that designs for instructional change must consider teacher learning. I then use methods and insights from sociocultural theories of learning to examine how teachers’ learning happens in the school as a workplace. As the sociocultural theorists suggest, what teachers know and learn is not solely a product of what is in their individual heads.

Concepts for teaching draw on culturally specific practices and language in the world. For instance, in the U.S., we often start grouping children by ability levels at a very young age. The concept of a “high ability 6 year old” makes sense for American teachers in a way that it would not to teachers in countries that do not track in the elementary years. There are consequences to that concept having social meaning, as educators make decisions about their schools and classrooms and parents advocate for certain experiences. 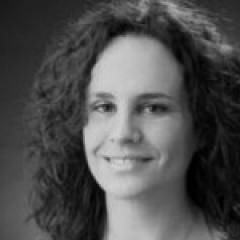 Ilana Horn is an Associate Professor in the Dept. of Teaching and Learning at Vanderbilt University Peabody College.  ...
Author Profile
Quick Search
Sign up for NEPC Emails