At the Chalk Face: What to Expect When Your State is Being Run Amok

I had the unique experience of living in several states as the reform onslaught took hold over America’s public schools.  Each state had its nuances, its preferences, its prejudices, and its own structure.  I also had the privilege of living in New York State just as the shit was hitting the fan and parents decided they weren’t going to allow that to happen.

I’ve also followed the plights of several other states while keeping an eye on my homes over the past two years.

What I’ve collected in this article are some trends and some similarities, so that watchdogs can be on the lookout for dirty tricks and sneaky bait-and-switch scenarios in their respective states.  Consider the following as-close-to-chronological-as-possible list of occurences that may be happening, have happened, or will happen in your state.  When you see them, be ready to call them as they are.

Our kids is “winning!” First!

Join the army of Arne’s playthings

They called for his resignation

I was in track once and came in second place, so I know what it’s like to be a loser, just like your kids.

Seriously, can we just call the whole thing off?

And that’s pretty much where we’re at now.  The “advanced” states are piloting merit pay, charter expansions, and laws that allow Teach for America scabs to be considered “highly qualified.”  The PARCC and Smarter Balanced field tests are being piloted all over the country this spring, in preparation for full use starting school year 2014-15.

I don’t want to know what happens next if parents, teachers, and students don’t stop this.  Whatever it is, it’s happening next year.  So, we’re kind of working against a deadline here, folks.

Find your friendly, state opt-out person and ask how to get your kids out of taking anymore ridiculous and worthless tests.  Then, find out how you can get involved to create change in anyway possible.  And don’t stop talking! 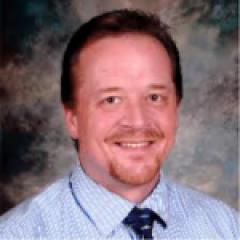 Kris Nielsen has been a middle grades educator and instructional leader in New Mexico, Oregon, and North Carolina. Kris is an activist against corporate education...
Author Profile
Quick Search
Sign up for NEPC Emails