Krysten Crawford is a freelance writer.

The early promise and excitement of social media — its ability to connect people around the world and inspire grass-roots activism — has given way to fears that it is making us depressed and more politically polarized than ever.

But is that really happening?

In one of the largest-ever randomized evaluations of Facebook’s broader social impacts, Stanford economists look at common assumptions about the platform and its effects on individuals and society.

Among other things, they uncover evidence that Facebook causes users to feel less happy and more anxious. But they find that the overall emotional impact, while meaningful, is less than other studies suggesting that users feel worse about themselves.

The research is laid out in a new working paper co-authored by Matthew Gentzkow, an economics professor and senior fellow at the Stanford Institute for Economic Policy Research (SIEPR). Previous studies looking at these outcomes have either been conducted on a smaller scale or focused on correlational analysis rather than randomized evaluation of causal effects.

“What you see from this study is that the rise of social media — and Facebook, in particular — has been a double-edged sword,” Gentzkow says.

It’s a reminder that a technology as revolutionary as social media can’t be either good or bad. It’s often a mix of both.

“There were a number of years where Facebook could do no wrong,” Gentzkow says. “Now we’ve had a couple of years where Facebook could do no right. Facebook is either the greatest thing that’s ever happened or it’s destroying humanity. This is just like the discussion we had when television came along. We need to start understanding the nuances of what this technology is actually doing to the world.”

Small, but significant, impact on well-being

Gentzkow and his co-authors — Stanford doctoral candidates Luca Braghieri and Sarah Eichmeyer, and New York University economist Hunt Allcott — recruited approximately 2,850 Facebook users in the United States. To participate, subjects had to use Facebook for more than 15 minutes per day. Some of the subjects were randomly assigned to a treatment group that was offered payments to deactivate their accounts in the runup to the November 2018 midterm elections.

The scholars then used a variety of measures, including daily text messages, surveys and public information on voting and Twitter use, to track the behaviors of both the treatment and a control group.

The team was able to study a wide range of Facebook’s impacts on users. Their findings show that, on average, users who turned off Facebook:

The findings, says Gentzkow, raise a number of questions about social media’s impact on democracy. For example, is it better when people know less about current events and are less likely to have extreme political views? Or is it better for people to be more informed yet more partisan and angry in their views?

“It sets up a tough question that doesn’t have an obvious answer,” says Gentzkow, whose research focuses on the interplay between politics and media.

Particularly striking, the researchers say, were signs that users didn’t appear eager to get back onto Facebook once the experiment ended. They were more likely, for example, to uninstall the Facebook app from their phone and to be more judicious about engaging with the service.

This outcome suggests that Facebook may, as many observers have speculated, be habit forming. The fact that users who quit Facebook, even temporarily, indicated they wanted to use it less in the future is consistent with theories of addiction, says Allcott, an associate professor of economics at NYU.

The researchers also evaluated how much money users would accept to deactivate their Facebook accounts before and after they took a break from the service. They found that the median user wanted $100 to stop using Facebook for four weeks. After the month-long hiatus, the average user said he or she would accept slightly less than that to take another break.

“It turns out a four-week break does cause people to re-evaluate how they use Facebook, but they’re still willing to pay a lot of money to stay on the platform,” Allcott says. “Measured in economic terms, Facebook seems to provide a whole lot of value for its users.”

The study highlights the subtleties of social media’s effects, Braghieri says. For instance, the finding that users who deactivated Facebook knew less about current events suggests that the platform is a valuable source of information for people who might not otherwise read the news.

“We often hear that Facebook’s impact on politics is fundamentally bad because of the spread of misinformation and increased polarization,” he says. “But this paper provides a more nuanced understanding of what is really happening and is something to think about.”

To that end, the researchers have been conducting follow-up interviews with study participants to gain a better understanding of this and other nuances. They are also parsing the data for differences among users by age, education level, political ideology and other characteristics.

“Our study talks about average effects, but there might be vast differences across people,” Eichmeyer says. “Now that we have the data, we can start exploring potential distinctions.”

This research was generally funded by the Sloan Foundation. Facebook provided no funding and the authors have no financial ties to Facebook. Gentzkow is on an advisory council for the SocialScienceOne initiative which works with Facebook and other technology companies to facilitate data sharing. 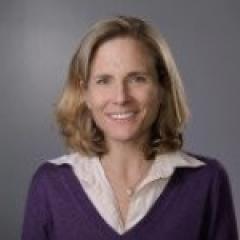 Krysten Crawford is a freelance writer and editor.
Author Profile