What I Learned in Chicago

This morning, filled with high spirits mixed with exhaustion, I shared my reflection to those in Chicago before my flight took off. Since I think most saw that post this morning, I’ll instead start off this post with a few things I didn’t know about Chicago & the battle to save their schools that I know now. I’ll also throw in some key moments and pictures that stick out in my head from the 48 hours I got to spend in Chicago:

“You can tell right from looking at them how different they are, not just by their race, but also by just looking at how they just got out of school. They have regular bookbags on–we’re [South and West side] only allowed to use clear bookbags in our school because we’re looked at as dangerous. We’re all a part of Chicago Public School system, but we’re all treated so differently.” Photo Credit: Chicago Students Organizing to Save Our Schools (https://www.facebook.com/csosos?fref=ts)

Not sure who made this sign! But it was the protest & just pulled it off a friend’s page.

No, seriously. Watch that video.

Have you not watched it yet?

Just in case you scrolled past it, I’m going to provide you the script from it until you’re compelled to spare 2 minutes and 59 seconds to watch this young man speak.

“But there’s kids in them! They need safety. Rahm Emanuel is not carin’ about our schools, he is not carin’ about our safety. He only cares about his kids, he only cares about what he needs, he do not care about nobody but himself! He let Barbara Byrd-Bennett, a woman from Detroit, who don’t even know the streets of Chicago [audience's cheers make it hard to hear what he says here]. We need safety and protection!

We shall not be moved today, we goin’ to City Hall! We are not toys, we are not goin’ down without a fight!

Like Martin Luther King said, like, um, I forget his name, but he said it is 90% of school closings is African Americans, this is racism right here! This is racism! We are black and we are proud! We are white and we are proud! No matter what your color is, no matter if you’re Asian, Chinese–it doesn’t matter! You should not be closing down these schools without walkin’ into them, seein’ what is happenin’ in these schools!

Education is a right, that is why we have to fight!

The Mayor’s idea of using firefighters to ensure children’s safety while crossing gang borders and contested turf lines was greeted with guffaws and looks of bewildered disbelief. Tom Ryan, president of Chicago Firefighters Union said that if violence occurs,”We don’t have the training or the equipment to deal with that.” [Source] And here is my reflection written this morning waiting for my flight:

*What’s not included that I would like to add now is that I want to thank the Chicago teachers for continuously redefining what it means to be a teacher. As a future teacher, you’re portraying the type of educator I hope to be in 2 short years. We shouldn’t just aim to change lives within the classroom, but aim to do that outside the classroom as well.

This has seriously been the most indescribable past 48 hours of my life. Chicago students, teachers, parents, & community organizers, it was empowering watching you all over the internet since September, but having the privilege to march alongside you, cause disruption, exchange “WTFs” when we heard an elementary school was put on lockdown & surrounded by cops so they couldn’t walkout to join the march, hugging our civil disobey-ers after they were released from arrests for occupying City Hall, and being in the heart of the education revolution with the most fearless people in the world…that was something else.

Thank you for illuminating the hard truth of the extremity of racism, oppression, teacher, union, and student bashing that is flourishing in our country. Thank you for showing that we can’t just “accept things how they are” because those men in suits told us so, but actually showing how paramount it is to recognize it doesn’t matter who says what’s right or wrong, if it’s unjust, morally wrong, and threatening to our civil and human rights, we don’t just sit there, we stand up and fight like hell.

As sad as I am that I’m leaving Chicago in 2 hours, I’m grateful I can head back to NJ and start my summer with high spirits and really sore legs, ready to help cause some good trouble at home. Regardless of the decision on Wednesday, I know you all won’t stop fighting until all Chicago students get the education and justice they deserve, and you know thousands across the country will be right in spirit with you. Thank you for letting me be a part of history with you all, and I know we’ll all meet again soon.

With endless love and solidarity.

Rest of Photo from Monday’s March: Every ed reformer’s worst nightmare. Israel Munoz, bad-A high school organizer getting his fellow students to organize and into the streets to fight for justice. Admire this comrade from the moon and back!

People from Bridge Looking At Protest

South side and West Side marches converging! One of the most powerful things I have ever been a part of.

Police trying to keep protesters from getting into street Student from Philly Student Union Speaking at Plaza sharing the similar struggles and fight her and her fellow youth are facing in Philly. 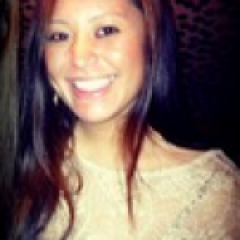