EduShyster: What It Looks Like When Test Prep Eats Ur School 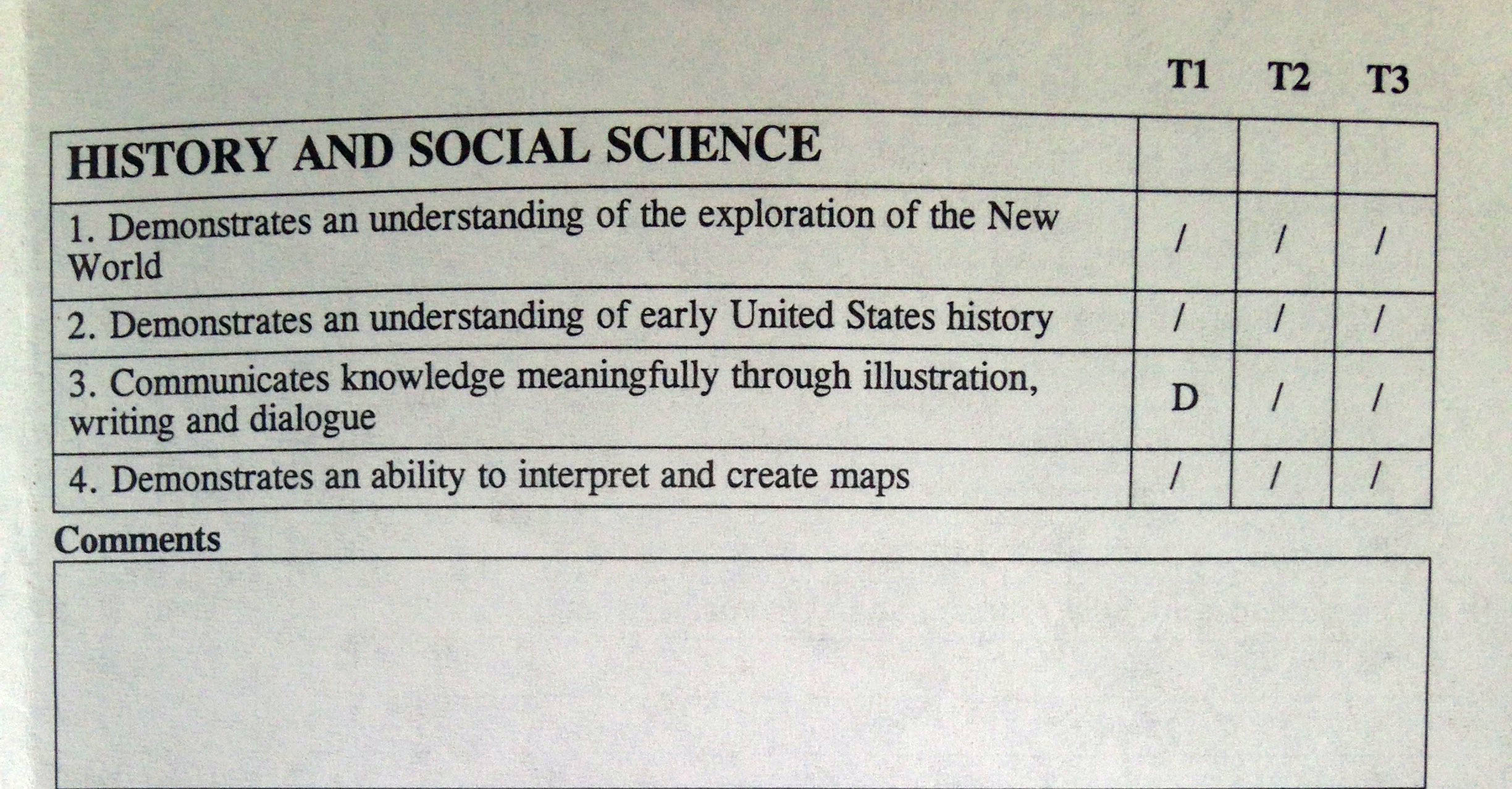 It looks like this, as a matter of fact. This is an actual report card from a fifth grade student in Massachusetts whom we will call Ginny, in place of the inevitable Johnny. A note on the notations: the slash marks indicate *not introduced at this time,* meaning that Ginny seems to have gone entirely history/social studies/and map free during the all important spring testing season. The *D* stands for developing, as Ginny likely spent much of her time developing short essays in response to the out-of-context passages she spent most of the rest of her time reading. That is when she wasn’t honing her math skills.

Which got me thinking. What WAS Ginny supposed to be learning about during fifth grade social studies and history? State frameworks: take it away…

Students study the major pre-Columbian civilizations in the New World; the 15th and 16th century European explorations around the world, in the western hemisphere, and in North America in particular; the earliest settlements in North America; and the political, economic, and social development of the English colonies in the 17th and 18th centuries. They also study the early development of democratic institutions and ideas, including the ideas and events that led to the independence of the original thirteen colonies and the formation of a national government under the U.S. Constitution. The purpose of the grade 5 curriculum is to give students their first concentrated study of the formative years of U.S. history.

So nothing much. Which is great, because Ginny apparently got nothing of this.

Isn’t that what IPhones are for? 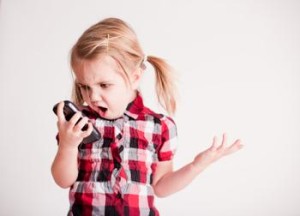 Now I can guess what you’re thinking—does Ginny really need to learn any of this old timey stuff anyway, since she can just look it up on her phone when she gets to college? Also, maps are SO over as we have GPS now, and by the time Ginny learns to drive her car will drive itself. Also, also, democracy seems to be on its way out anyway, so far better that Ginny devote her time to practice choosing between some predetermined choices.

No doubt you are wondering about the location of the school that apparently answered *none of the above* to the entire fifth grade social studies curriculum. While I’m too discrete to simply blurt it out, allow me to say that is at once among our most historical districts, and also our most data-driven. And it has as its mission preparing students for *personal growth, continuing formal and informal learning, productive work, and active, well-informed participation in self-government upon graduation.* Whatever that is…

Send tips and comments to tips@edushyster.com. Like my work? Your financial support will help me do more of it.