Deborah Meier on Education: Where is Rahm Taking the Schools? (by Don Rose)

This is an article by my dear friend Don Rose, reprinted from the Chicago Daily Observer, August 20, 2013

There are so many twists and turns in Rahm Emanuel’s school plans it’s hard to figure out exactly what he has in mind—apart from wrecking the Chicago Teachers Union.  He sure doesn’t seem to be helping the kids, which should be his first order of business.

As noted in previous tirades, he’s closing about 50 schools and keeps coming up with different reasons why. Economics was the first line until some knowledgeable folk pointed out there would not be that much saving. He also posited that all the kids from closed schools would be going to better performing schools, which turned out to be another fiction. Add the fact that many classroom sizes will swell well beyond anyone’s idea of optimal for learning.

Earlier he mandated a longer school day so the kids’ basic courses could be enriched with arts and culture. Then came a series of budget cuts that resulted in the firing of more than 3200 teachers and support personnel, causing beleaguered principals to cut staff—paradoxically in the arts and other enrichment areas.

Thus far he’s turned a deaf ear to parents urging him to use money from his Tax Increment Financing slush fund for schools.  Saving it for developer/donors?

Surely by now he must be aware that, on the whole, charters perform no better than traditional public schools—and if we are to look at a dramatic new report from New York, they may even be doing worse.

New York has been ahead of Chicago in introducing the “Common Core” curriculum—the latest experiment in development of national standards (read “tests”) that are theoretically the embodiment of what every student should know, grade by grade. It is supposed to be an improvement on traditional standardized reading and math tests by trying to teach and measure critical thinking. Not a bad goal in itself, to be sure, but the whole thing is completely unproven and in the eyes of many may be setting impossible goals.

In any case, New York tested its students on the Common Core curriculum and less than a third of all kids passed in Mayor Bloomberg’s self-proclaimed miracle system. Worse yet, a couple of the largest charter groups, including the highly touted KIPP schools, underperformed the regular public schools at many grade levels. In one KIPP charter only 11percent of 5th graders passed the math test and 16 percent the reading test. Another group of charters passed with flying colors, but even those were outshone by the top public schools.

So why, with an impoverished school system, is Emanuel picking kids’ pockets to gamble on more charters?

The only serious rationale for charters is to create successful models that can be proliferated in the public system. Ain’t happening.

Beyond that it’s either union busting or a step toward privatizing public education. 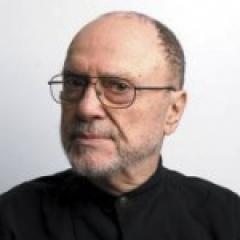 Don Rose is veteran Chicago journalist and an independent political consultant who specializes in progressive candidates. He writes a weekly online column for the...
Author Profile
Quick Search
Sign up for NEPC Emails