Jersey Jazzman: Who Will Clean Up the Reformy Messes?

I really wanted to let this story die the death it so richly deserves. But I just can't let this pass without comment:

I wrote a lot about Perth Amboy, a small city on the Raritan Bay here in New Jersey, over the past few years.

I wrote about how Janine Caffrey, a lightly experienced administrator who took over the district's schools, was turned into a folk hero by Tom Moran of the Star-Ledger on the issue of tenure, even though her arguments were weak and her evidence was anecdotal at best.

I wrote about the ongoing fights Caffrey had with her board, abetted by interference from B4K, New Jersey's richest and reformiest lobbying shop.

I wrote about how Former Acting Commissioner of Education Chris Cerf did a disservice to both Perth Amboy and Caffrey herself as he allowed her case to be unnecessarily dragged out.

I wrote about the byzantine deals involving Cerf's former underlings and their contracts with Perth Amboy's schools, which left a bad taste in my mouth.

I wrote about the national Reformy Campaign Finance Machine, apparently a project of folks connected to Teach For America (although we'll never really know because our campaign finance laws are such a disaster), and how it poured a ridiculous amount of money into the Perth Amboy school board race.

I wrote about how B4K skipped out on its commitment to help a literacy program in Perth Amboy when Caffrey's contract was bought out, one of the most cynical things I've witnessed in my four years of blogging about New Jersey and education.

And so now, after years of unnecessary strife and turmoil, after all that angst, after hours ofpublic relations jockeying and political maneuvering, the time has finally come...

Someone's got to run the schools:

Acting Superintendent of Schools Vivian Rodriguez takes a calm approach in making sure the district focuses on getting work done.

The calmness she displays in her management and personal approach may be one of the reasons she was asked back to the district after being on sabbatical for several months.

And her calmness appears to be a welcome change from the upheaval the district has been through over the last three years during disputes between the board and the school superintendent, who was put on paid administrative leave last fall.

“She’s sincere in how she goes about things. She’s not reactive. She thinks about what she says and she’s very organized and very diligent in how she follows through,” Board of Education President Obdulia Gonzalez said.

“Dr. Rodriguez is fair in her assessment. She’s not quick or slow to make a decision,” said Diane Crawford, president of the Perth Amboy Federation/American Federation of Teachers. “She has had a very open door.”

Rodriguez, who has worked in Perth Amboy for nine years, came back to the district in December as assistant superintendent, two months after Superintendent of Schools Janine Walker Caffrey was placed on administrative leave. It was the third time the school board had placed Caffrey on leave, and the first time the board’s decision was not reversed by a judge.

Prior to the sabbatical, disputes between Rodriguez and Caffrey led to Caffrey relocating Rodriguez's office to the basement of one of the district elementary schools.

Rodriguez previously served as interim superintendent when Caffrey was originally placed on paid administrative leave by the school board in April 2012.

Rodriguez was made acting superintendent in January.

“I wanted to come back because I really care about this city and I wanted to help,” said Rodriguez, who has a doctorate in curriculum and instruction from Fordham University, has taught Holocaust and bilingual education, worked as a school principal, and run a model bilingual program. She has previously served as an associate dean of the Kean University College of Education and still teaches graduate courses at the college.

Is Vivian Rodriguez the best person to take Perth Amboy's schools into the future? I have no idea; however, I wish her the very best, as I wish for all the staff and students and parents and citizens of Perth Amboy.

I'll tell you what happens: dedicated, lifelong educators, like the outstanding professionals of the Perth Amboy Federation, step in and do what B4K and Chris Cerf and Alan Fournier and Arthur Rock and Tom Moran and all the other reformy buttinskies could never do:

They teach. They lead. They inspire.

The last thing you need ever again are bureaucrats and billionaires and bloviators telling you what to do. 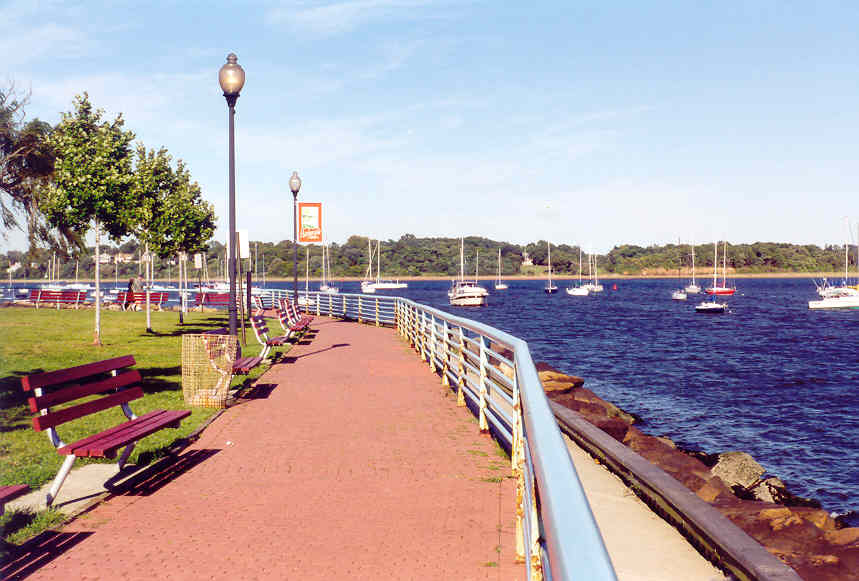