Crazy Crawfish’s Blog: Why Do I Think Bobby Jindal is Scamming Us with Faux Common Core Lawsuits?

To be quite frank, I did not develop this idea on my own. I was asked whether I thought Jindal’s opposition to Common Core was sincere, and my response at first was “I don’t know, but does it matter?” My thinking being: whether or not Bobby Jindal opposed Common Core for the “right” reasons or for political reasons, was irrelevant. What mattered is that we had a former staunch supporter of the standards publicly recanting his position. I actually think this encouraged a lot of folks in the Anti-Common Core camp, and added to the nationwide movement and impetus to roll back or remove the standards across the nation. Which is great for folks outside of Louisiana, but most public school parents know we are still in a bind. At the end of the day, talk is cheap and therapy and tutoring for 700,000 Louisiana school children won’t be.

Jindal made some moves that seemed to indicate he had genuinely thought deeply about this situation (that he had put us in) and had a thoughtful plan for extricating us from it.

All of these things sound positive, but the net effect to date has been nothing but jawing on national television, more photo ops and newspaper stories, more lawsuits, and chaos in the classrooms and homes. Common Core is more entrenched in Louisiana than ever.

Sadly I have detected a waning in interest in Common Core forums among opponents. I’d diagnose this as a blend of fatigue, resignation, and perhaps a yearning for eventual victory that has sapped the life from folks and the movement locally. Many are waiting to see how this develops. I don’t blame them. I was watching too. I fear this that is exactly what Jindal’s opposition was intended to do. Jindal inserted himself at the head of the angry mob of parents and teachers opposed to Common Core. He took up our banner (but with what appears to be a rubber pitchfork) and has led us in direction after direction; telling us he has a plan; urging us to follow his lead.

He is leading us through blind alleys and into dead ends, folks.

I was warned something like this was going to happen numerous times by insiders. Here’s an excerpt from one person I received in April.

I’ve watched with interest this whole story about Common Core tests the last few days.  I have been on the inside of the political circle.  I would bet my life on this.  Bobby Jindal, John White, and Chas Roemer came up with this strategy months ago.  Saying Jindal wants out — but White and Roemer have to sign withdrawal allows Jindal to be perceived as far right — less federal oversight, etc. — poising him for his presidential campaign.   But it also keeps Common Core testing alive in Louisiana.

I’ve had numerous other conversations with different folks on the inside, but this one sums the situation up very nicely. Every day I fear more and more that they were right.

This isn’t just some random guy like me speculating . . . this is someone that works with these characters and knows how they work. So let’s examine some of the signals and moves that don’t make sense if you were really trying to eliminate Common Core, and not simply trying to make a lot of noise about eliminating it.

But the truth is, even the federal lawsuit he is bringing is weak and destined to fail for three reasons:

Plenty has been written about number 2, Jindal’s representation, Jimmy Faircloth. The fact that he produced not expert witnesses and rolled over in his last case on this issue should be documentation enough. (Not to mention he has never won a Constitution education case he’s represented Jindal on – not that that is ordinarily bad thing except here. . .) While Faircloth might not be the best lawyer if you want to actually win a case, no one can say he isn’t generous when it comes to kicking back [legally of course] some of his “earnings” to his favorite employer in the form of campaign contributions. (This is legal in Louisiana as long as no one calls it a “kickback” or demands a kickback and – and it just “happens” organically. . . I guess. . . of their own volition/common sense.)

So instead I will explore the other two items.

It’s not that the argument the Jindal administration is making a federal case out of is not firmly grounded for some states, but at this moment Louisiana is not really one of them. US DOE did unconstitutionally grant itself waiver powers to ignore the legally defined sanctions of NCLB in the form of ESEA waivers. These waivers were put in place by US DOE to supplant NCLB (No Child Left Behind) requirements. These were put in place without Congressional approval and Duncan has required the defacto adoption of Common Core (or a nationally recognized curriculum of which only Common Core qualifies) in exchange for relaxation of the NCLB requirements. The NCLB requirements were designed to be unattainable, requiring 100% proficiency of all students in all subgroups (Limited English, poor, disabled) by 2014. Some threats made by US DOE are that all federal funding would be withheld if the states don’t meet the impossible standards of NCLB, or the sanctions of NCLB (which can be financially crippling) and will be vigorously enforced. So states can choose to weather the NCLB sanctions which no states can avoid, or adopt Common Core and tie those tests to teacher retention policies and also adopt a bunch of other Reform friendly destructive crap.

By “waiving” the sanctions imposed by the NCLB law that Congress did authorize, Duncan removed the incentive and urgency for Congress to fix the problem built into NCLB that all states faced because NCLB was designed to be structurally impossible to achieve by anyone. When Congress chose to turn a blind eye to the constitutionally questionable ESEA waivers, what resulted was a ceding of all powers to set rules and guidelines for federal funding to the Executive branch (Arne Duncan), rather than the legislative branch of government.

This is why many informed opponents of Common Core consider it a federal mandate and takeover.

(When the mainstream media chooses to ignore this direct line of influence and control it feeds into the conspiracy theories and theorists. To tell you the truth, media that refuses to acknowledge this direct connection is really stupid (or thinks we are), willfully ignorant, lazy, or is actually a part of a conspiracy to spread Common Core propaganda.)

So what has resulted from the imposition of unattainable standards and the refusal of Congress to act to remedy the situation is a requirement that states adopt Common Core (nationally recognized standards of which there was only one by definition: Common Core State Standards), or else.

However Duncan’s interference did not end there. He also added this requirement to the billions of dollars allocated to RTTT (Race To The Top) grants. Louisiana would be in a much better position to make the case these standards were imposed upon them unconstitutionally if Louisiana rejected them (as Oklahoma has done) and was subsequently sanctioned by Arne Duncan (as has happened to Oklahoma). However because Louisiana’s state Board of Education (BESE) is endorsing them, and not stating they are doing so because of a concern about funding being yanked, Jindal’s case is weak. He could make it stronger by kicking his own appointees and replacing them with anti-Common Core appointees, and then perhaps working out an “understanding” with the swing vote BESE member, Walter Lee, who is facing multiple indictments for various financial improprieties. I can see an easy win there, and then a strong federal case to be made when Duncan slams some sanctions down on us.

The basis of the case for arguing the RTTT grants are unconstitutional will be tied to the determination of whether the Federal government can define national standards and curriculum, or whether those are sovereign rights left to the states. Some states that received very large grants in the first or second round of RTT (during one of the greatest financial downturns in our nation since the Great Depression might have a case they applied for and agreed to these grants under financial duress.) However the 17 million dollars Jindal complains about in his federal lawsuit is chump change compared to the more than 800 million dollars Louisiana receives from LDOE for agreeing to the waiver conditions set in conjunction with Arne Duncan. The ESEA waiver process is where Arne’s chokehold over education comes from. 17 million dollars is what we find in our couches every year trying to fill the billion dollars shortfalls Jindal “balances” our budgets with every year, but it is an issue for some states that won significantly more than 17 million dollars..

Even so, a Federal lawsuit is not the short-term answer and not one Jindal can follow-through on. Jindal’s term is up in a little more than a year and he can’t run for a third term (thank the Lord). Not one candidate for Governor in the 2015 gubernatorial race supports eliminating Common Core. The front-runner and most well-funded (and diapered) candidate, David Vitter, has changed his position from staunchly opposed to rabidly in favor of Common Core. (I’m assuming he changed positions after he found out who had all the money.) That means this lawsuit will not amount to anything except more money for one of Jindal’s best campaign donors (Jimmy Faircloth) more headlines for him, and more wasted money and hopes for Louisiana taxpayers and parents.

The BP oil spill happened in 2010. We know who was responsible and BP has acknowledged their responsibility. We know who was damaged. That tragedy happened at end of Bobby Jindal’s first term; 4 years ago, but we still do not have a final settlement for the State or lawsuit brought to trial for Louisiana. What are the chances this lawsuit concerning our very US Constitution will have any meaningful results in the next year?

Will we wait 4 years for this to be resolved? How many Louisiana Governors will be have to go through before a settlement is reached?

That is what Common Core supporters (whom I must now re-include Bobby Jindal as) want. They want a full generation of our children to experiment on to see if Common Core works (even though the early results show abysmal failure.) But don’t worry, parents. I’m sure the next big education plan will be right around the corner for your kids’ kids. Maybe they will be more successful at taming the Educational Industrial Complex than we were? 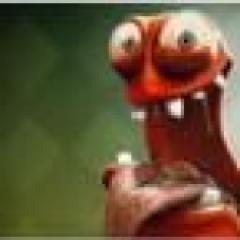