Larry Cuban on School Reform and Classroom Practice: Why a Great Principal Burned Out – and What Might Have Helped (Ellie Herman) (by Ellie Herman)

Taken from “About” in her blog:

My name is Ellie Herman.  If you want to find out what I’m doing here and why, click here on why I’m writing this blog.  I’ve been working on this project since the beginning of September….

As for my bio, I’m a writer and English teacher.  From 2007 to 2013, I taught Drama, Advanced Drama, Creative Writing, English 11 and 9th grade Composition at a charter high school in South Los Angeles.

Before that, I was a writer/producer for many TV shows, including The Riches, Desperate Housewives, Chicago Hope and Newhart.  My fiction has appeared in many literary journals, including The Massachusetts Review, The Missouri Review and the O.Henry Awards Collection.

I attended public schools in Winnetka, Illinois from kindergarten through high school and graduated from Bryn Mawr College with a degree in English.  I have a teaching credential from Cal State Northridge.  My three children attended Oakwood School, a private school in the San Fernando Valley.  My husband, David Levinson, is a writer who runs the non-profit Big Sunday.  Our basset hound, Lou, appears ineducable, having channeled all of his energy into his good looks.  We live in Los Angeles.

Boxes crowd the hallways, moving in and moving out. I’m in an empty office at Animo Phillis Wheatley Middle School in South L.A. talking to Principal Nat Pickering, who has resigned after three years so that he can go back to being a teacher. Back when I was teaching, I worked with him; he was a history teacher for years before he became Assistant Principal of our school. I will forever be indebted to Nat, who despite being insanely busy, voluntarily met with me two or three times a month to coach me on the plethora of problems I was having in my various classes; he helped me shape my curriculum, talked me through issues with students and, more times than I can count, simply listened to me venting.

In 2011, the LA School Board took over Henry Clay Middle School on 122nd and Western Avenue in South L.A., one of the most historically troubled schools in the city, with chronically low test scores and continual issues on campus of absenteeism, fighting and chaos. The board turned the school over to the Green Dot charter system. Green Dot divided the school into two separate, smaller schools, renamed them and gave each its own principal. Nat was asked to be principal of one of them.

Now, after three years as Principal of Animo Phillis Wheatley, he’s leaving the job to go back to being a classroom teacher. By all accounts, his stint at the school has been successful. Why would such a talented principal choose to leave the job?

Amidst the boxes, in the empty office, he reflects on his three years at the school. “The first year was a shock,” he says frankly. “In retrospect, we were a little naïve about what we were getting into.” Unlike many schools in South Los Angeles, Animo Phillis Wheatley has a large percentage of parents who themselves attended the school back when it was Henry Clay. “Henry Clay used to be synonymous with getting your ass kicked. ‘I survived Henry Clay’ is a saying around here among some of the parents. Older members of the community remember it from the sixties, they were fond of the programs and things that were happening, but it was never an amazing place. My vision was that this neighborhood deserves a great school as much as any neighborhood.”

Despite his vision and optimism, change was not easy, especially the first year. “The education crisis is a mental health crisis, is a medical crisis, is a political crisis. All of that is layered into the school zone.” Nat was taken aback to find that 18% of the students were in Special Ed. “We thought they were overidentified. Turns out they were underidentified.” When I ask why there were so many kids with special needs, he’s not sure. Part of it, he thinks, is that the number of kids in foster care may be a factor, because foster kids are often moved from school to school, not staying long enough for their issues to be identified. “It’s just conjecture, but kids in foster care, they’re often in foster care because their parents were on drugs or couldn’t take care of them, well, are you more likely to be unable to take care of a kid with special needs and behavior problems?”

Whatever the cause, he says, “this is a neighborhood that’s been neglected in all capacities.”   The community was in continual flux. “We average losing a kid or gaining a kid every single day. In October, 25% of our kids weren’t there at the beginning of the year, and the later they come in, the higher the odds that they have problems” due to having been dumped by another school or transferred by frantic parents.

Nat quickly learned that the original game plan of providing order and excellent instruction would make a good start, but was not going to address the deeper issues. The school started adding wraparound services to address socioemotional needs, adding more assistant principals, a dean and other support staff. “What’s evolved for us over the years is that we try to offer a cocktail of a therapeutic environment, individualized supports for kids who need it and rigorous academic expectations.”

The school’s scores have slowly improved. After the first year, the staff at the high school next door came over to thank Nat and his team. “They said, just the safety, you don’t understand the impact you’ve had. We used to have kids jumping the fence, there used to be ‘fight Friday.’” A girl took him aside to tell him the school was much better. “We haven’t had a trash can fire all year,” she told him.

But the deeper issues of the community remained, and fighting them was an ongoing, exhausting battle. “What’s so hard is keeping yourself open to 600-plus students, over 100 adults on campus, the parents, the community…there’s no rest, there’s no stop. How many things can happen in a day? At the end of every day I’ve heard six things that I’m not okay with, a kid who stabbed another kid with a pencil, a parent who called a kid out of class and hit him with an extension cord, I hated sending kids out on a 5150 [mental illness designation].”

On top of that were the non-emergency stresses of everyday staff management. “In the night when you’re sleeping, a teacher’s kid gets sick, other people have gotten sick and you get a call at five in the morning saying they’re not coming in that day. You have to preserve a part of your brain for wondering what bad things are gonna happen.” Still, no matter how much he planned, “a lot of the job is showing up and being punched in the stomach.”

For all the successes, after three years, he couldn’t face another year of non-stop work and stress,with no time for family, hobbies or any outside interests including basic home maintenance. “It was like trying to turn around the Titanic. The cynical side of me says you either burn out or you close yourself off. Sure, you can take time for yourself, but if you do, here’s a list of 17 things that are not happening at your school.” A stint as an instructor for a Saturday remedial class reminded him of how much he enjoyed simply working with kids.  At the end of the year, he left his job and applied for teaching positions within Green Dot, ending up back at his original school (and mine), where he will be an English teacher.

He’s proud of what he’s accomplished in three years but has no regrets about leaving. “I will never, I will never do this again,” he says. “I don’t know whether I didn’t take care of myself right or there wasn’t enough of a system to keep me mentored. There’s no playbook for this.” But if he could name one thing that would make the job more sustainable, he instantly says “money”–not for himself, but for the school. “If we weren’t held back by trying to squeeze as much out of every dollar as possible, then maybe that would have been a little more manageable.”

I’m happy for Nat and for his students, who will be lucky to have him as a teacher. Not every talented educator needs to be an administrator. But his observations cut deep into one of the most serious issues in education, which is attracting and retaining strong principals. As I said in an earlier post, one of my biggest takeaways this year is that what we call “effective instruction” is meaningless in the absence of effective leadership. But if great leaders are essential and the job of leading a school in an historically underserved high-poverty community is so draining and underfunded that it’s barely sustainable if done well, isn’t that actually our core problem?  When are we going to stop demanding accountability without also demanding sustainable working conditions?

If attracting and retaining effective principals is our core problem, how are we trying to solve it? 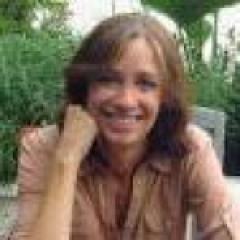