Answer Sheet: Why Learning Isn’t the Most Important Thing Kids Lost During the Pandemic

There’s no question that most children have lost learning opportunities over the past year, and most did not get the same amount of schooling they would have received if there had been no coronavirus pandemic.

But there are different points of view about what kids will need to recover. For example, this Washington Post story quotes Michael Petrilli, president of the conservative Thomas B. Fordham Institute, as saying that “job number one” for helping students is a high-quality curriculum. Others have said that a focus on mental health and school climate is paramount.

In this post, Steve Merrill, chief content officer of the education website called Edutopia, argues something different. He writes: “The consequences of getting our priorities wrong and putting the content before the child are serious and long-term.”

Merrill is a former high school teacher of English and history who started a second career as an editor and media product leader at outlets including CNN, Outside magazine, and Newsweek Budget Travel.

This first appeared on the Edutopia website, which seeks to improve K-12 education by sharing evidence and practitioner-based learning strategies, and I was given permission to publish it.

Despite the understandable skepticism — and all the adjustments and sacrifices we’ve grown accustomed to — a sort of miracle is materializing in the distance. Published reports from the Centers for Disease Control suggest that the vaccines are doing their slow, steady work, and just a few days ago the state of California announced that it expects to be “fully back to business by June 15.” The siege appears to be lifting, and this time a full return to schools across the nation, while perhaps months away, is almost certainly not a mirage.

Large-scale disruptions like the one that’s ending now are always a hardship, sometimes a tragedy, and often an opportunity. Frequently they’re all three, points out Ron Berger, a former teacher of 25 years, the author of eight books on education, and a senior adviser at EL Education, in his recent piece “Our Kids Are Not Broken,” published in The Atlantic magazine online.

“Our kids have lost so much — family members, connections to friends and teachers, emotional well-being, and for many, financial stability at home,” the article begins, sifting through a now-familiar inventory of devastation, before turning to a problem of a different order. “And of course, they’ve lost some of their academic progress.”

That last issue isn’t trivial. It’s perfectly sensible to worry about academic setbacks during the pandemic. Ever since the first stay-at-home orders were issued, teachers in Edutopia’s community have reported that some students have been pressed into caretaking duties or forced to get jobs, while many others couldn’t get online at all.

The crisis first exposed, and then cruelly amplified, the inequities bound up in issues of poverty, race, disability, and rural isolation. Months into the pandemic, attendance and attentiveness remained abysmal. There’s a broad and growing consensus that online learning, in both its hybrid and purely remote forms, has been an anemic substitute for in-person instruction.

But our obsessive need to measure academic progress and loss to the decimal point — an enterprise that feels at once comfortably scientific and hopelessly subjective — is also woefully out of tune with the moment, says Berger.

“I kept hearing about ‘remediating learning loss,’ and I had this vision that school was going to be a place where all the kids come in and get tested and triaged and sent to different areas to get fixed,” Berger told me, almost wincing as he explained why he wrote the article for The Atlantic.

The intention is good — but our children are resilient, not broken, “and as long as kids feel like their job is to come to school to be fixed, their hearts won’t be in their own work,” he insists.

A failure of imagination

If there’s a pressing need for measurement, it’s in the reckoning of the social, emotional, and psychological toll of the last 12 months. Over 500,000 Americans have died. Some kids will see their friends or favorite teachers in person for the first time in over a year. Others will be overwhelmed by the sheer joy of recess, band practice, sporting events, and the myriad academic and social passions they’ve missed.

Teachers, too — who have been deeply and unfairly maligned for insisting on safe working conditions — are desperate to see their kids, to connect, teach, elevate and love. The need to rebuild the frayed social fabric of our learning communities, which study after study indicates is foundational to true learning, should be the paramount concern.

The consequences of getting our priorities wrong and putting the content before the child are serious and long-term.

“We fall into this trap of thinking if a kid misses three months of math content, that’s a crisis,” Berger tells me, reflecting on the toll that remediation and tracking often takes. “The truth is that if your kid was sick at home and missed three months of math content, but got her confidence back, it wouldn’t be a big issue in her life. But if her confidence as a mathematician is destroyed because of labels that were put on her, it’s a lifelong issue for her. She’ll never be confident in math again.”

Whatever we do when we return will be historic by definition. If all we come up with is passing out diagnostic tests to quantify learning loss and then track kids into groups for remediation, it will be a terrible failure of imagination.

“You know what’s going to happen to the kids who couldn’t get online last year because they had to support their families or because they were homeless when the sorting happens, right?” asks Berger. “They’re going to be sorted in a way that will only exacerbate the equity issues.”

Trailing down the backside of a steep mountain at long last, and picking up speed as we head into a promising new year, we seem to have our eyes fixed on the wrong problem entirely.

We have every reason to know better.

Already the federal government is requiring that states administer standardized tests, and Berger worries that districts will add other assessments and diagnostics to identify a battery of “student weaknesses.” We should use the data wisely, not “to judge and rank students, teachers, and schools,” he insists, but to guide our response to individual student needs — and spend our time and resources on creating an asset-based culture where everyone belongs.

Focusing on the social and emotional needs of the child first — on their sense of safety, self-worth, and academic confidence — is not controversial, and saddling students with deficit-based labels has predictable outcomes. Decades of research demonstrates that stereotype threat is a real phenomenon, anchoring kids to the self-fulfilling prophecy of lower expectations.

Simple gestures like greeting kids at the door, meanwhile, improve academic engagement by 20 percentage points, and the mere presence of images of women in science textbooks moves the needle on inclusion. Ensuring that all kids have at least one adult who cares about them is an effective buffer against adverse experiences like poverty, violence, and neglect.

It’s not that learning loss isn’t real, or that social and emotional initiatives alone will solve it. “Districts face a hard reality,” Berger concedes. “Many children lost a great deal of academic growth last year … Districts need to know which students need extra support, including tutoring in and outside the classroom. But educators need to assess students’ abilities in a way that motivates them to grow.”

But high schools are filled with kids getting Cs and Ds who have “begun to tune out academic instruction,” he writes. His colleague, Uri Treisman, a professor of mathematics at the University of Texas at Austin, has conducted research showing “that when students interested in pursuing mathematics were assigned remedial work, it was essentially a dead end for those students’ future in math.”

To motivate students now, as at any other time, we have to address learning gaps — they “should learn mathematical facts and build literacy skills” — but do so in service to challenging work that shows them that schools, like the athletic field or their after-school lives, are a “domain where they can contribute something great,” Berger says. “They’ve gotten the message that school isn’t a place where they can do that.”

It’s an unexpected and even radical idea, but if we make school both welcoming and highly engaging — difficult, even, according to Berger — we stand a better chance of honoring the needs of all children and open up the possibility of connecting kids to topics they feel passionate about as we return to school next year. “Addressing concerns about learning loss by raising difficulty levels may seem counterintuitive,” he says, in one of his most provocative statements, “but with strong relationships and support, this approach can be surprisingly effective.”

Rising to the occasion

The last 12 months have been a furious, unrelenting assault on the senses. In March 2020, in what seemed like the blink of an eye, the in-person school year was first suspended, and then abruptly canceled. Many children from historically marginalized communities simply failed to appear online, their absence pointing to enduring, systemic inequities in our school systems. Only a few months later, as our collective sense of dislocation grew increasingly taut and unbearable, George Floyd was killed in Minnesota, setting off months of some of the largest protests in U.S. history.

Maybe it’s time to consider that the emerging science of learning and our national reckoning with unfairness and inequity are pointing in the same direction. Perhaps the size of the moment requires a commensurate response. We have a better sense of the tools we need to do the job, and a clearer sense of the size and nature of the problems.

Can we — should we, in the aftermath of the clarifying events of the last year — find the will to challenge the testing regime, return some agency to both our teachers and our students, bring the science of learning into our classrooms, and honor all children with challenging, engaging work that ushers in a new, better, fairer era in education? 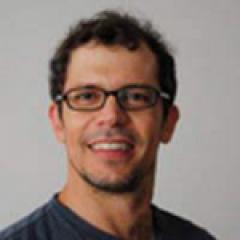 Stephen Merrill is the Chief Content Officer of the education website Edutopia. He is a former high school teacher of English and history who started a second car...
Author Profile
Quick Search
Sign up for NEPC Emails