For years now, we’ve watched a movement called social-emotional learning become popular in U.S. schools with the aim of meeting the needs of students beyond academics — a recognition that many aspects of a young person’s life outside school affect how they achieve in a classroom.

Social-emotional learning (SEL) programs are intended to help people learn and effectively use “knowledge, attitudes and skills necessary to understand and manage emotions, set and achieve positive goals, feel and show empathy for others, establish and maintain positive relationships, and make responsible decisions.” That comes from the Collaborative for Academic, Social and Emotional Learning, which you can learn more about here.

Academics and others have raised questions about the creation and implementation of SEL programs, and others have questioned whether the approach is enough to meet the needs of students today. In this piece, two well-regarded scholars argue that SEL is not enough — and they detail how the United States is far behind other wealthy countries in dealing with the well-being of young people.

The authors are Andy Hargreaves and Dennis Shirley, both professors at Boston College. Their book “Well-Being in Schools: Three Forces for Uplifting Your Students in a Volatile World” was just published. They previously published together the book “Five Paths of Student Engagement: Blazing the Trail to Learning and Success.”

Hargreaves has been working for decades to improve school effectiveness. He has been awarded visiting professorships in the United States, Canada, the United Kingdom, Hong Kong, Sweden, Spain, Japan, Norway and Singapore. He is past president of the International Congress for School Effectiveness and Improvement.

Shirley has for many years worked with schools around the world to improve teaching and learning, helping educators in diverse environments work together across disciplines and schools.

By Andy Hargreaves and Dennis Shirley

A broad movement is tearing through our schools. Many teachers love it. Professional developers can’t get enough of it. Systems are investing heavily in it. Finally, it seems, schools can focus on something else other than test scores and technology: our children’s emotional and mental health. It’s called social and emotional learning, or SEL for short.

SEL is aimed at developing skills that enable young people to understand and express their own and each other’s emotions, manage feelings, learn self-regulation, and build positive relationships. SEL has become a front-line effort to battle the mental health epidemic that is plaguing our young people.

But the question remains: Is it enough?

In the face of rampant racism, digital addiction, a climate change crisis that threatens our entire species, and the greatest economic inequalities in 50 years, positive psychology books that urge us to manage our behavior with calmness, resilience, and grit have been flying off the self-help shelves. SEL has joined them. Psychologists, consultants, philanthropies, and system leaders are tackling the mental health crisis with individualistic, psychological strategies.

No, it’s not enough. When it comes down to the quality of our kids’ lives, we need to go all in.

We’re not against SEL as one way to deal with the covid-19 crisis in education and the spate of mental health issues that preceded it. Covid-19 pulled everyone up short about what truly matters during students’ time in school.

Separated from their peers, teenagers were the most likely age-group to get anxious and depressed. Adolescent suicide attempts escalated by over 30 percent between 2020 pre-pandemic levels, and 2021 levels during the pandemic, according to the Centers for Disease Control and Prevention. Adolescents spent over seven hours a day on screens — over double their pre-pandemic use levels. Childhood obesity levels have skyrocketed.

It’s not just the pandemic that has been getting to our kids. So is climate change. Some three-quarters of young people said in a recent survey (conducted in 10 countries by a group of universities) said they view the future as frightening in regard to the climate.

For years, the U.S. record on child well-being has been atrocious. UNICEF places the United States at 36th out of 38 wealthy nations on a table measuring the well-being of 15-year-olds. On physical health, with its astronomical rates of child obesity and third-world levels of child poverty, the United States ranks dead last.

It’s hard to be well if you live in a sick society.

Overdue efforts by U.S. government to turn the tide for America’s poorest and most marginalized young people are more than welcome. The Build Back Better Act promises to reduce child poverty by as much as 40 percent. It will extend paid child-care to millions.

But even all this is insufficient. Compared to many other nations, the United States is still taking a more limited response to the student mental health crisis. Other countries pin their hopes on a broader concept of well-being that was advanced by the World Health Organization in 1948. It brought well-being onto the world stage, regarded it as central to peace and security, and made it a societal issue as well as an individual one.

The United States is not fighting awful ill-being with a quest for better well-being. While schools in other countries are confronting big issues such as digital dangers, wealth inequality, children’s rights, excessive testing, and climate change, SEL is offering U.S. educators and their kids into a lesser world of trainable, culture-free, psychological competencies.

By 2013, all U.S. states had identified preschool competencies for SEL. Many states have also developed age-appropriate competencies for K-12 education. Countless professional development courses are being accessed by teachers eager to promote SEL in their schools.

In a world that seems to be falling apart, and where people’s quality of life is collapsing, influential organizations such as the Organization for Economic Cooperation and Development (famous for its PISA tests), and the US National Center for Education and the Economy, are turning to social and emotional competencies for most of their answers. This is like responding to the catastrophic flooding caused by climate change, with calls for more sandbags.

What does this mean, in practice?

To be sure, SEL has led to some improvements in student achievement and mental health, including among racialized and minoritized groups. After years of criticism that the so-called neutral competencies of SEL favored privileged White forms of emotionality, an emerging movement toward what’s being called “transformational SEL” is now helping some students find their voice in relation to racism and poverty. But, in general, we think SEL is still being massively oversold.

It’s time for U.S. educators to go beyond the positive and culturally neutral psychologies of grit, growth mindsets, resilience, and self-regulation as the answers to the mental health crisis and everything that’s causing it. We have to reclaim the bigger and bolder well-being agenda for our students and ourselves.

Our world needs to wake up. Keeping our kids calm and just helping them to carry on will achieve the exact opposite. So, instead of turning inward to our skill sets, let’s go all-out and all-in for well-being in our schools and in our societies, to give everyone a better education, for a better quality of life, in a better world. 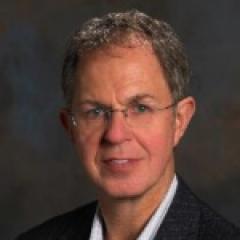 Andy Hargreaves is the Thomas More Brennan Chair in the Lynch School of Education at Boston College. Previously he taught primary school and lectured in sev...
Author Profile 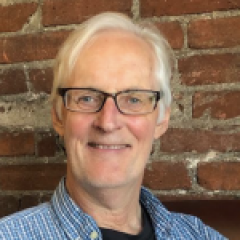 Dennis Lynn Shirley is a Professor and Gabelli Faculty Fellow at Boston College. He designs and guides large-scale research and intervention projects for sc...
Author Profile
Quick Search
Sign up for NEPC Emails