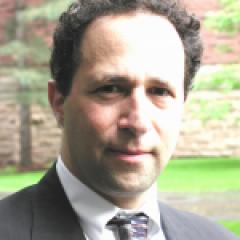 Daniel J. Losen, J.D., M.Ed., is Director of the Center for Civil Rights Remedies at UCLA's Civil Rights Project/Proyecto Derechos Civiles. He has worked at the CRP since 1999, when it was affiliated with Harvard Law School, where he has also been a lecturer on law. His work concerns the impact of federal, state and local education law and policy on students of color. On these and related topics he: conducts law and policy research; publishes books, reports, and articles; has testified before the U.S. Congress and the United Nations; helps draft model legislation; and provides guidance to policymakers, educators and civil rights advocates. His most recent efforts have focused on addressing the school to prison pipeline.  in January 2012, CCRR’s national conference called Closing the School Discipline Gap: Research to Practice, featured new research on remedies from leading scholars from across the nation. In 2014 Losen will be working with Teachers’College Press to publish a book based on this new research. As the Director of the Center for Civil Rights Remedies, he has recently published several (co-authored) research and policy studies including:  Out of School and Off Track: The Overuse of Suspensions in American Middle and High Schools, (April, 2013) with Tia Martinez and Eliminating Excessive and Unfair Exclusionary Discipline in Schools Policy Recommendations for Reducing Disparities (March 2014) with Damon Hewitt and Ivory Toldson, on behalf of the Disparities in Discipline Research Collaborative.  As an independent consultant Losen also has extensive experience working with states and large districts across the nation. Before attending law school, Losen taught public school for 10 years and was a founding member of a public alternative school.

Find data on disparities in discipline and links to CCRR's new research at this webtool developed by CCRR: www.schooldisciplinedata.org.