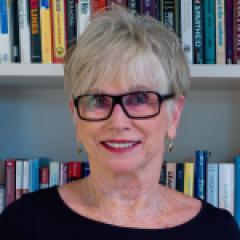 Jeannie Oakes is Presidential Professor Emeritus in Educational Equity at UCLA, where she founded UCLA’s Institute for Democracy, Education, and Access; the University of California’s All Campus Consortium on Research for Diversity; and Center X, UCLA’s urban teacher preparation program. In 2014, she completed a 6-year term at the Ford Foundation as Director of Educational Opportunity and Scholarship programs worldwide. Oakes’ scholarship examines the effect of social policies on the education of low-income students of color, and it investigates equity-minded reform. Among Oakes’ numerous books, articles, and chapters, Keeping Track: How Schools Structure Inequality was named one of the twentieth century’s “most influential” education books; and Becoming Good American Schools: The Struggle for Civic Virtue in Education Reform won the American Educational Research Association’s (AERA) Outstanding Book Award. She has received other major AERA awards (Early Career, Outstanding Research Article, and Social Justice in Education Research), and holds the Lifetime Achievement Award from the California Educational Research Association: the Multicultural Research Award from the National Association for Multicultural Education, the Distinguished Achievement Award from the Educational Press Association of America, and the Southern Christian Leadership Conference’s Ralph David Abernathy Award for Public Service.  Oakes is a Fellow of AERA and a Member of the National Academy of Education. She is currently President-Elect of AERA and will preside over the Association during its 2016 Centennial Year.