The Frying Pan or the Fire?

If Duncan has his way, states will have to “choose” between the frying pan of NCLB and the fire of RTTT. Or so it seems from his vague language.

The frying pan: Under NCLB, ever more schools will face “in need of improvement” (INOI) status and then ever-escalating sanctions as they fail to make “adequate yearly progress.” Once in that status, schools must spend money on “supplemental services” that haven’t proven to help and student transfers that are rarely available. Should they fail to make the ever-increasing AYP requirements, they’ll move on to additional mostly ineffective options - ones Duncan included in Race to the Top.

When Duncan issued RTTT, he was challenged to provide evidence the options had a reasonable chance of working. He could not. Meanwhile, steadily accumulating evidence shows that NCLB has not improved schools but has demoralized teachers, narrowed curriculum, and promoted massive over-testing and teaching to the test.

The fire: These unhelpful RTTT options are what schools and districts will have to choose from under the “fire” option: sacking educators (mandated by the Secretary who loves to praise teachers while attacking them), privatizing control, or closing schools. These all tend to disrupt communities. If they worked with any consistency, then the price might be worth it, but they don’t. In any case, better options exist.

States also will probably have to judge teachers and principals by student test scores “in significant part.” Never mind that Duncan praised Montgomery County’s teacher evaluation system which does not use test scores and whose superintendent turned down RTTT money so they would not have to (though the Maryland may yet destroy the good to impose the bad). Or that rating teachers on student scores is dangerously flawed. Once again, watch what Duncan does, not what he says.

If I were a state, I’d stay with the “frying pan.” There isn’t much of anything a state can do to or for most of the “failing” schools, anyway, since there is no money to help them make real improvements and few staff to enforce expanded sanctions. Even if it means waiting a few more years till Congress can get its act together to craft a new law, the wait will be worth it, especially if Congress does remove NCLB’s many damaging requirements.

What Duncan should do is use the waiver authority the law grants him to tell states they don’t have to put any more schools in “INOI” status. The schools doing least well on test scores have already been identified and the mandated changes by and large aren’t beneficial. No one will be helped by expanding NCLB’s sanctioned schools, least of all low-income and minority-group children.

States should reject Duncan’s deal. Congress should craft a new law that includes positive changes such as those recommended by the Forum on Educational Accountability. 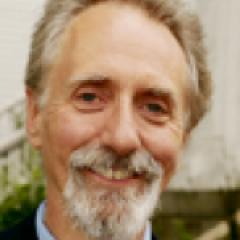 Monty Neill, Ed.D., is currently Executive Director of the National Center for Fair &amp; Open Testing (FairTest). He has led FairTest's work on testing in the pu...
Author Profile
Quick Search
Sign up for NEPC Emails