Remember the days when part of the charter school sales pitch was that they could do it all better and cheaper? Those were the days. Now we are more likely to find charters demanding greater and greater chunks of taxpayer dollars.

Take this op-ed from Nina Rees, president and CEO of the National Alliance for Public [sic] Charter Schools, appearing today in the Washington Examiner. Rees started her advocacy career with the uber-conservative Heritage Foundation, spent some time in education for the Bush administration, hopped to a consulting firm, before landing with NAPCS. 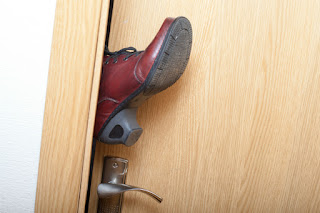 I'm not holding Rees responsible for the title of her piece; these are typically given by the editors, and this one is both a) not really representative of the content of her piece and b) not very bright. "Public school buildings belong to public school students-- including charter students" is just dopey. Public school buildings belong to the taxpayers; charter building ownership is a more tangled web, depending on the state. But to date I have not seen a story about a charter school closing and giving its building and equipment to its students.

Rees' complaint is a common one these days-- why can't charter schools have access to public tax dollars to help build their physical plant? Why can't the state and federal authorities throw more money at charter education so that charter schools can have Nice Places?

Charters are not just poor-mouthing in hopes of getting some more cash. This issue goes right back to the Big Lie of Charters, the lie that says you can operate two or three or ten school systems for the same money you spent to run one. The physical plant is the first place that lie runs into trouble-- you can't buy, build or operate ten school buildings for the same money you used to operate a single school. That has never not been true, but charter fans couldn't start the charter revolution by saying, "...oh, and you're going to need to raise more tax dollars to finance all this." So charter creep has been incremental-- first, sell the idea of charters and how they'll do more with less. Talk about how the money should follow the child, but don't mention that, actually, that won't be enough money and we're going to need more. Get the charter foot in the education door and then, once you feel more safely entrenched, it's time to ask for more.

Rees slips the critical point of her argument in via dependent clause:

Even though charter schools are public schools, supported by state and local tax dollars...

That, however, is the crux of the problem. Charters are not public schools, nor does the fact that they are paid with public tax dollars make them public schools. Defense contractors are paid with tax dollars; they are private businesses, not public companies. And charters have been very aggressive about asserting their private business nature (eg the White Hat charter management case in which White Hat successfully argued it was a private company and was entitled to keep all the equipment and supplies and money left in its defunct charter schools). Read the astonishing research by Bruce Baker about how the public can end up buying a charter school building twice and still not owning it. Real estate companies are among some of the early adopters of chartering, recognizing that a charter school would make good cover for some real estate profiteering.

Rees argues that charters have to spend money on buildings instead of students. They also spend a ton of money for advertising; should the taxpayers foot that bill as well? Rees argues that charters don't always have the amenities. That sometimes they have to set up in strip malls. That they need about $375 million to bring charter physical plants up to speed. But none of this is news. None of this can be a surprise. This is the business that charter operators chose to go into -- what other business opens up shop and then tells the government, "Actually, this is pretty expensive and I'm going to need you to give me some taxpayer money to help out." It is interesting, though, that Rees admits that many charters are "making the best of inadequate facilities that lack essential school features." How, exactly, did these charters get off the ground if they lack the basic requirements to operate? And why is that the taxpayers' problem?

As Rees notes, nine states have already fallen for this pitch, thereby increasing the burden on taxpayers-- even if those taxpayers never had a say in whether or not they wanted to foot the bill for a few more private schools in their neighborhood.

Rees wants to paint this as a fairness issue, but what is fair about having taxpayers fund a private business?

Rees' solution is simple enough-- give charters more taxpayer dollars, or taxpayer-owned buildings. That's not my idea of a solution. I'm willing to support the public funding of charter schools, as long as we agree to a few stipulations. If charters want public tax dollars, either directly by having the money to build, or indirectly by taking over taxpayer funded public schools, then here are the rules--

The charter school building is the property of the taxpayers, and it will be overseen by a board elected by those taxpayers. Charter management will answer to that board.

Should the charter fold, the building and all its contents will continue to be taxpayer property.

The charter will operate with complete transparency, accounting for every dollar of taxpayer money that it spends (and do that spending under the authority of the elected board).

The charter will serve any and all students in the area from which it draws its taxpayer dollars. That includes all students with special needs and ELL students.

The charter will not close mid-year.

If you want to claim public tax dollars by claiming to be a public school, then act like a public school. If you want to be a privately owned and operated business, then suck it up and deal with the invisible hand of the free market like every McDonald's and Walmart and furniture store struggling to make it in the marketplace.