In Espinoza v. Montana Department of Revenue, the U.S. Supreme Court ruled that if a state chooses to operate a program for private subsidies for private schools, the state cannot exclude from that program, religious schools. Because only a few states have voucher programs that prohibit the participation of religious schools, some might wonder whether Espinoza is really all that important.[1]

Instead of minimizing the impact of the Espinoza case, we should think of this decision as the latest domino to fall on the issue of taxpayer financing of religious schools. For example, in Zelman v. Simmons-Harris, the Supreme Court removed the Constitution as a barrier to voucher funding by ruling that the Establishment Clause permits voucher programs. In Mitchell v. Helms, several Justices questioned the legal impact of state constitutional provisions that imposed greater restrictions on state funding than the U.S. Constitution. But finally in Espinoza, the Court ruled that states could not use these so-called Blaine Amendments to exclude religious schools from voucher programs.

Prior to this latest decision, we explained that states might still take reasonable steps to regulate schools in receipt of public financial support. States can adopt policies that are facially neutral to religion, but still regulate:

Some states, including Florida, which provides both direct and indirect subsidies for private schools have long included religious schools in those programs and have chosen not to regulate curriculum and standards or discrimination. Investigative reports on those schools show relatively large numbers of schools that discriminate on the basis of sexual orientation (nationally 14%), including some that force students into conversion therapy, and large numbers of schools using curricular materials  from conservative Christian organizations (ABEKA, Bob Jones University Press, Accelerated Christian Education) which among other things teach the coexistence of dinosaurs and humans, climate change denial and even confederate perspectives on the Civil War. While states can no longer exclude from public financing, schools that adopt these policies and curricula, states can and we would argue, should regulate these schools more than they presently do.

But, what if the next domino falls? And what is that domino? Bethel Christian Academy in Maryland participates in the state’s voucher program and openly opposes homosexuality, same-sex marriage, and transgenderism. The school has also chosen not to adopt a state law-aligned non-discrimination policy. As a result, the state removed the school from the voucher program in 2018. The school has argued that complying with the policy violates their “free exercise” rights. That is, the school, which after Espinoza cannot generally be excluded from participating because it is religious, is arguing further that the state cannot regulate policies and practices of the school derived from religious belief –  even if that school receives state financial assistance. At this point in the litigation, the court has refused to enjoin the enforcement of the regulation.[2]

At some point, the Supreme Court may rule on whether a state voucher program’s antidiscrimination requirement is unconstitutional. If the Court finds in favor of one of these “Bethel Academies,” then all bets are off, in any state (or government subdivision) which provides public financing for private schools!  Government will not be able to exclude religious providers. And Government will have limited ability to regulate policies and practices of those providers which may be perceived as clashing with their religious beliefs. States not wishing to subsidize private schools that engage in the practices identified above will have one choice – to simply cancel public subsidy programs for any/all private schools.

But the implications go even further. In his dissent in Espinoza, Justice Breyer rightly notes the murky ground of charter schools under state laws. Although state statutes define charter schools as “public schools,” a significant body of case law finds that charter schools are more the equivalent of publicly subsidized private entities than directly operated government schools. Preston Green in 2001 pointed out that states may not be able to exclude religious organizations from operating charter schools, but at the time Green argued that curriculum and other standards and policies could be regulated. Perhaps not, or to a far more limited extent? Justice Breyer seems concerned that the mere presence of a charter school law, providing public financing for privately operated providers might also trigger the requirement that religious providers not be excluded. The policy implication of either interpretation is the same. For states wishing to foreclose the possibility of taxpayer dollars supporting religious ideology and religion-based discrimination, the remaining solution is to not only cancel public subsidy programs for any/all private schools, but also charter schools. That is, states should fund (with taxpayer dollars) and directly operate (with government employees) only their own state-run schools.

Only then would the line be clearly enough drawn between government and private providers, consistent with Roberts framing in Espinoza. It would be illogical to further extrapolate that if government funds and operates its own schools, government must also fund and operate religious schools. By extension, this would suggest that government must also fund and operate religious tribunals (as alternative to government court systems), religious libraries, police, parks and so on, for each and every religion that wishes to have their own taxpayer funded services, from Catholicism and Islam to Jedi and the Church of the Flying Spaghetti Monster. This is an extreme and unfortunate end game. But the time may soon come where states wishing to reign in public financing of discriminatory behavior and extremist curricula have little other choice than to cancel non-public school choice.

[1] Other states that may be immediately affected by this decision include Vermont and Maine, where some small town and rural districts have historically used tuition agreements with nearby public districts and non-religious private schools to serve their children.

[2] The Trump administration has filed on behalf of the school: https://www.politico.com/newsletters/morning-education/2019/11/27/trump-administration-backs-maryland-christian-school-in-voucher-fight-783165.

Bruce Baker is Professor in the Graduate School of Education at Rutgers University. His primary areas of research include elementary and secondary education finan...
Author Profile 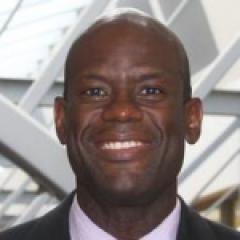 Preston Green is the John and Carla Klein Professor of Urban Education at the University of Connecticut’s Neag School of Education. He is also a professor of educ...
Author Profile
Quick Search
Sign up for NEPC Emails