Derek Black (South Carolina) calls for a "deeper engagement of teacher quality" that accounts for "the pipeline into teaching, structural forces related to race and geography, the general desirability of the teaching profession, and the conditions under which teachers work" in his article, Taking Teacher Quality Seriously, William & Mary Law Review, Vol. 57, No. 2, 2016, available on SSRN. Prof. Black's abstract is below:

Although access to quality teachers is one of the most important aspects of a quality education, explicit concern with teacher quality too often has been conspicuously absent from past litigation over the right to education. Instead, past litigation has focused more on the broader question of funding. Though that litigation has narrowed gross funding gaps between schools in many states, it has not been enough to change what matters most: access to quality teachers.

This Article proposes that courts ensure access to quality teaching rather than the more amorphous right to adequate educational opportunities. The recent constitutional challenge to tenure suggests a theoretical step in this direction, but the focus on teacher tenure alone is misplaced. Eliminating tenure, without addressing more important fundamental challenges for the teaching profession, may just make matters worse. Thus, this Article argues for a broader intervention strategy that focuses on whether states equally distribute existing quality teachers and whether states take the various steps necessary to ensure the supply of quality teachers.

Parker on Brown's 60th Anniversary - A Story of Judicial Isolation

Wendy Parker (Wake Forest) argues in her book chapter that the job of supporting school desegregation efforts have largely been left to federal judges as no other government action entity has consistently supported school desegregation. Prof. Parker's abstract for Brown's 60th Anniversary - A Story of Judicial Isolation, The Pursuit of Racial and Ethnic Equality in American Public Schools, Michigan State University Press, 2014, is below:

Sixty years ago the Supreme Court announced, “In the field of public education, the doctrine of ‘separate but equal’ has no place.”1 In 1954, no one doubted the significance of that command, even among those who actively resisted it.

Brown v. Board of Education 2 has now outlasted Plessy v. Ferguson, which for 58 years sanctioned “separate but equal”. Does that necessarily mean, however, that Brown has eclipsed Plessy in significance? Has the power of Brown instead waned in its advancing age? Granted, few publically decree Plessy as the best guide to race relations in the twenty-first century; yet, our schools are still segregated and unequal in ways reminiscent of Plessy. That naturally leads one to question the lasting significance of Brown, particularly as it turns 60.

Kimberly Jenkins Robinson (Richmond) explores a theory for reconstructing education federalism in her article, Disrupting Education Federalism, Washington University Law Review, Vol. 92, No. 4, 2015, available on SSRN. The abstract is below:

The ongoing expansion of federal influence over education in the United States provides a particularly salient time to consider how education federalism should be structured to achieve the nation’s education goals. One of the nation’s unfulfilled and yet essential education goals is to ensure that all students receive equal access to an excellent education. A variety of scholars and, most recently, the federal Equity and Excellence Commission have offered proposals for advancing this goal. By building on this growing momentum for reform, I argue that disrupting the nation's longstanding approach to education federalism – which I define as the balance of power between federal, state, and local governments that emphasizes substantial state autonomy over education – is necessary for a successful national effort to achieve this goals. I then provide a foundational theory for strengthening the federal role in education by analyzing the essential elements of a successful reform effort based upon research regarding the strengths of federal education policymaking and upon identification of the missing elements of current reforms. Finally, I respond to many of the potential arguments against disrupting education federalism. For Instance, I argue that National Federation of Independent Business v. Sebelius continues to provide ample room for Congress to expand the federal role in education in ways that are needed to build a more equitable education system. I also explain that although strengthening the federal role in education will reduce some forms of state and local control over education, it also will provide states and localities new forms of control. 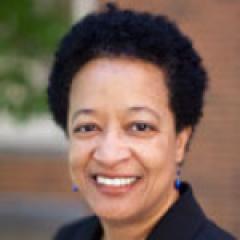