The result is the closest thing to a consensus I would expect at this point, among public-health professionals who disagree on some important things. It’s probably a misnomer to think that a public-health consensus on all important issues are possible, and as a layperson I see significant public disagreements about transmission risks related to school reopening. In addition, we might expect some behind-closed-doors disagreements about the political realities of what drives school re-openings, how much to acknowledge mistaken CDC guidance of the past year, and what to emphasize in a complicated and troubled communication environment. So the guidelines have some clear signals: masking should be universal, schools should come before other parts of society, and younger students and students with disabilities should have priority for in-person schooling. But other things are more complicated or murkier, and either discussed very little–ventilation!–or completely ignored: how to handle both students’ and employees’ needing to eat during the day, when eating unmasked in a group setting is one of the riskiest behaviors in a respiratory pandemic.

Remember: three and a half weeks into the new administration. In reality, that’s fast. There were bound to be omissions or emphases that are wrong in retrospect.

What stuck out to me, as an historian of education and an observer of policy things? 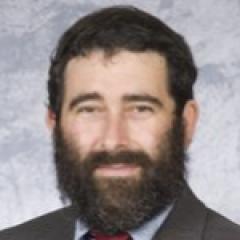