The Conversation: Why LeBron James' I Promise School Should Be More Like Lebron and Not Shy Away from Issues of Race

When it comes to dealing with issues of race and social justice, LeBron James has never been shy to speak his mind.

For instance, in a recent HBO series, “The Shop,” LeBron laments how in the NFL, “they got a bunch of old white men owning teams and they got that slave mentality.”

At a time when issues of race continue to play a prominent role in American society – from police killings of unarmed black men to racial disparities in America’s criminal courts – we find LeBron’s boldness and willingness to speak out on these issues commendable.

Which made it surprising to us that plans for a public elementary school in Akron, Ohio that four-time NBA MVP LeBron launched in 2018, to help students who are struggling to stay on track academically, largely ignored how important race is in educational attainment.

While we can appreciate the NBA great using his star power and considerable wealth to open a school for children in his hometown who are struggling academically, much like LeBron once was himself, we levy this criticism from our vantage point as scholars and students who study race in education. One of us – Kevin O'Neal Cokley – is an education scholar who has studied and written a book about the psychological and environmental factors that impact black student achievement. Two of us – Nolan Krueger and Marlon L. Bailey – are doctoral students in an educational psychology department.

Before we explain why we believe the I Promise School should deal with race more boldly and more explicitly, let us first identify the areas where we believe the school is getting things right.

The I Promise School employs “rigorous problem-based, inquiry-oriented learning” that involves having students work together to solve problems. This is good because research has found that black students from low-income families prefer a more communal and collectivist approach to school work, not individualistic competition.

Instead of relying on suspensions and expulsions, which tend to disproportionately impact black children, the I Promise School relies on what the school’s leaders refer to as the five “habits of promise.” Those are: problem-solving, perspective, partnership, perseverance and perpetual learning. This is especially important given how school suspensions and expulsions lead to higher dropout rates.

One of the things that stands out most about the school is its “I Promise Family Plan.” This plan offers a range of supports and resources for students and families. The resources include a food pantry, a barbershop and hair salon, and help for parents to improve English comprehension and earn their GED.

This family plan is also designed to help remove barriers to graduation. For example, providing free uniforms, a free bicycle and helmet, a computer to every student and an onsite laundry facility may help families who are short on cash get the things they need. This lessens the likelihood that children will be teased and bullied in school, which would create a negative school climate.

Especially noteworthy is the school’s treatment of fathers. Instead of assuming that fathers are not involved in the lives of their kids, the I Promise School has a Father’s Walk Day in which fathers are formally welcomed to the school.

The I Promise School is praised as being the first of its kind because it will have an extended school year that lasts from July to May. It also features longer school days from 9 a.m. to 5 p.m. Longer school days have been shown to promote attendance and positive academic outcomes.

The school also features a seven-week summer session focused on STEM designed to help prevent the “summer slide” – that is, the loss of learning students suffer during summer vacation.

Despite the many things to like about the I Promise School, we question whether and to what extent the school deals directly with issues of race. Scholars such as Richard Milner suggest that schools must confront both poverty and race in the classroom in order to create optimal learning.

Educators with a critical understanding of how race and poverty manifest in the classroom might rely less on an one-size-fits-all curriculum and instead ground learning in an understanding of the lived experiences of their students.

Renowned educational scholar Gloria Ladson-Billings has stressed the importance of culturally conscious education. She also promotes culturally relevant teaching – which she defines as a “pedagogy of opposition” – especially if schools are to be successful with African American students.

It is true that students are selected for the school based on their test scores and how behind they are in reading, not on race or any other demographic characteristic. However, the reality is the I Promise School is located in Akron, where the student population is disproportionately black – 46.1% – compared to 13.8% of national K-12 enrollment. Furthermore, Ohio has a staggering “achievement” gap between black and white students, with only 37% of black children in Ohio reading at grade level compared with 70% of white children.

The I Promise School’s 20-page master plan document does not focus on issues of race or race-equity despite research that shows some of the most vexing issues facing students – such as disparities in graduation rate, literacy and higher education admissions – are linked to race and poverty.

Prominent educational scholars such as Tyrone Howard have asserted that when educators ignore race or adopt colorblind approaches, they fail to realize that avoiding the topic denies students an essential part of their being. This in turn only increases the likelihood of race becoming an explosive topic.

Research has also shown that priming students of color to believe race is a social construct, as opposed to biologically based, can actually improve educational outcomes by mitigating the risk of confirming negative racial stereotypes about academic performance.

One critical factor to consider is the racial composition of the school’s staff, administrators and, in particular, teachers. Research suggests that students do better when their teachers look like them and can relate to their experiences. For example, it has been shown that black children are assessed more harshly for disruptive behavior when their teacher is white as opposed to black. Research has also shown that exposure to just one black teacher between grades 3 and 5 reduces the rate of dropout for black male high-schoolers.

Based on the school’s staff directory, the I Promise School appears to be lacking in teacher diversity – something we believe that the school should be more mindful of in the future.

Will the school defy the odds?

To be clear, we are celebrating LeBron James for fulfilling his dream and creating the I Promise School. He deserves praise for caring enough to give back to the community where he grew up.

The I Promise School could be a big “win” for students and LeBron James, a man who has dedicated countless hours and millions of dollars toward positively impacting Akron’s youth. We believe if the I Promise School incorporates social justice and the primacy of race into its approach, it could be transformational for its students. If, however, the school fails to address issues of race and equity in its design, the school likely won’t spur the generational change that proponents of the school envision.

Editor’s note: Officials affiliated with the I Promise Academy declined to comment directly for this story but cautioned against judging a school based strictly on publicly available documents.

This article is republished from The Conversation under a Creative Commons license. 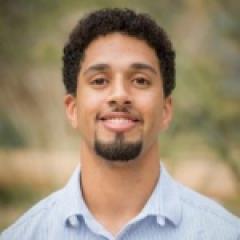 Nolan Krueger is a doctoral student in the department of educational psychology at the University of Texas at Austin. His research investigates Multiracial identi...
Author Profile 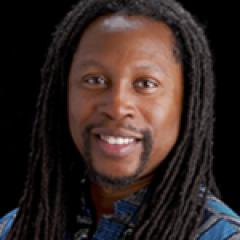 Dr. Kevin Cokley is Director of the Institute for Urban Policy Research &amp; Analysis and a professor in the Department of Educational Psychology and the Departm...
Author Profile 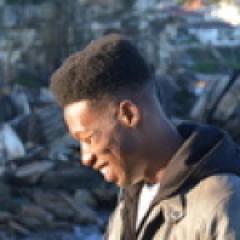 Marlon is a doctoral student in the department of educational psychology at the University of Texas at Austin. His research investigates racial violence, coping a...
Author Profile
Quick Search
Sign up for NEPC Emails