IDEAL: initiative on diversity, equity and learning
The Initiative on Diversity, Equity, and Learning (IDEAL) uses collaborations and strategic communication of research to assist policy makers, educators, the media, and the public in understanding research related to equity and racial diversity with the goal of advancing opportunities and school success for all students.

The National Education Policy Center seeks to identify and recognize excellent public high schools that actively strive to close opportunity gaps by engaging in practices that build on students’ strengths, thereby creating engaging and supported learning opportunities for all their students.

The Schools of Opportunity that we recognize will serve as models, informing and inspiring the efforts of educators and communities throughout the US to become high schools that promote both excellence and equity.

What America Must Do to Give Every Child an Even Chance 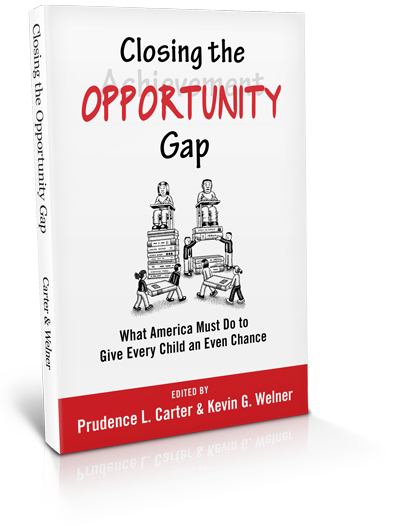 Research Resources on Diversity in Education 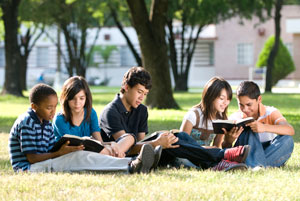 Additional information about research concerning school diversity and student success is available at the K-12 Integration, Desegregation, and Segregation Archive. The Archive is a searchable database with approximately 400 entries about the effects of school and classroom composition on outcomes such as educational achievement and attainment, interracial friendships, intergroup relations, and adult life course trajectories such as occupational attainment and social cohesion in democratic, ethnically and racially diverse societies.
Visit Archive

Why the Affirmative Action Debate Persists: The Role of Moral Disagreement

The Diversity Rationale: The Intellectual Roots of an Ideal

Ending the Blame Game on Educational Inequity: A Study of "High Flying" Schools and NCLB

Monolingual Assessment and Emerging Bilinguals: A Case Study in the U.S.

Publisher      Clevedon, England: Multilingual Matters Ltd.
Page Numbers     184-199
Summary     This study focuses on Colorado, a state whose demographic situation parallels the national one. In 2003, about 70,000 public school students in Colorado were identified as English Language Learners (ELLs), which constituted about 10% of the entire school population. Further, although there were 102 documented language groups in Colorado schools, the vast majority (56,000 or 80%) spoke Spanish as a first language.

Toward a Deeper Understanding of the Diversity Rationale

Alternative Approaches to the Politics of Detracking

The Overrepresentation of Culturally and Linguistically Diverse Students in Special Education

This brief details how schools serving diverse students in California are less likely to achieve their growth targets and be subjected to stiff federal sanctions.

Testimony on AZ's Desegregation Funding Mechanism Prepared for Presentation to the Sunset Review Comm. of the AZ Legislature

This document outlines testimony presented by Professor Molnar to the Arizona Legislature Sunset Review Committee regarding the consequences of suspending statutes which provide schools with funds to fulfill court ordered desegregation measures.

When Should Bilingual Students Be in Special Education?

Ability Tracking: What Role for the Courts?

The Equity Impact of Arizona's Education Tax Credit Program: A Review of the First Three Years (1998-2000)

This report summarizes the effects of the first three years of the Arizona Education Tax Credit Law. The law, billed as one that benefits low-income families, in practice gives greater benefit to middle and upper-class families.

Source: National Black Caucus of State Legislators Almost four decades after the passage of the Civil Rights Act, and five decades after Brown v. Board of Education declared school segregation to be unconstitutional, quality education is still beyond the reach of too many African American children.

The Return to Separate and Unequal

Why Bilingual Education Policy is Needed: A Philosophical Response to the Critics

Assessing the Writing of Spanish Speaking Students: Issues and Suggestions

Educational Ethnography Past, Present, and Future: Ideas to Think With

Publisher      Educational Researcher, 30(8)
Page Numbers     16-27
Summary     This paper addresses an issue that constantly plagues all social science research: How should we adjust our conceptual orientations and methodological priorities to take into account apparently changing human experiences and priorities? It finds that some familiar ideas about culture, ethnography, and researcher responsibility are still very useful, but they should be thought about in new ways in light of present circumstances.

Publisher      Harvard Civil Rights-Civil Liberties Law Review, 36(2).
Summary     The authors examine the present state of special education services provided to children of color, focusing on areas of past and present discrimination. They then present a framework for legal challenges designed for broad-scale promotion of more equitable policies.

Affirmative Action and the Creation of More Favorable Contexts of Choice

Navigating the Politics of Detracking

Publisher      Arlington Heights, IL: Skylight Publications
Summary     The authors studied schools throughout the country that explored and implemented detracking. In this candidly written guide, they report the trials and tribulations to prepare for the challenges that detracking presents.  Available online at http://idea.gseis.ucla.edu/publications/documents/navigating-the-politics-of-detracking.