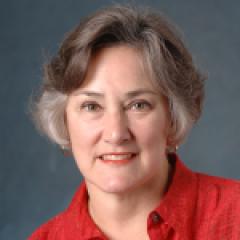 Margaret D. LeCompte is Professor Emerita of Education and Sociology at the University of Colorado Boulder. Internationally recognized for her development of qualitative and ethnographic research methods in education, her empirical research has focused on diversity (race, ethnicity, class, culture and language), and on issues of social justice and equity. Published articles include studies of school reform and school organization in low-income and at-risk communities, and of ethnically diverse, gifted, artistically creative, and language minority students, including Native Americans. She won the University Press of America award for Outstanding Research Article in 1994 and the American Educational Studies Association award for Outstanding Book in 1986. An elected Fellow of AERA. the Society for Applied Anthropology, and the American Anthropological Association, LeCompte was awarded the Council on Anthropology and Education’s George and Louise Spindler Award for lifetime contributions to the field of educational anthropology in 2011. Dr. LeCompte was president of the Council on Anthropology and Education of the American Anthropology Association from 1983-1985, and served as member of its Executive Board from 2010 to 2016.  She was editor of the American Educational Research Association’s flagship journal, Review of Educational Research, from 2003-2006. Her most recent publications include research on language policy and the politicization and corporatization of higher education, and as well, with Jean Schensul, the second edition of the seven-volume series, The Ethnographer’s Toolkit, (2010-2016).

The Transformation of Ethnographic Practices: Past and Current Challenges

Defining Reality: Applying Double Description and Chaos Theory to the Practice of Practice

Bias in the Biography: Bias and Subjectivity in Ethnographic Research