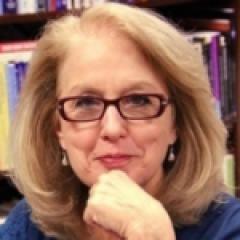 Marilyn Cochran-Smith is the Cawthorne Professor of Teacher Education for Urban Schools at the Lynch School of Education, Boston College. She has written 10 books, 7 of which have won national awards and recognition, and more than 200 articles, chapters, and editorials on teacher education research, practice and policy, social justice, and practitioner research. Cochran-Smith, who received her Ph.D. from the University of Pennsylvania, is an elected member of the National Academy of Education, an AERA fellow, and a former AERA President. Her most recent co-authored book, Reclaiming Accountability, won both AACTE’s Best Book Award for 2020 and AERA’s Division K award for Distinguished Research in 2019. Professor Cochran-Smith has honorary doctorates from the University of Glasgow (Scotland) and the University of Alicante (Spain). She has served as an adjunct professor at the University of Auckland (New Zealand) and the Norwegian University of Science and Technology (Norway).

Review of Within Our Grasp: Achieving Higher Admissions Standards in Teacher Prep

Holding Teacher Preparation Accountable: A Review of Claims and Evidence